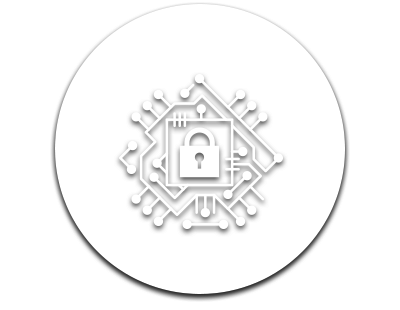 Brief #39—Technology
By Scout Burchill
A new experiment in online moderation governance has been taking shape at Facebook over the past two years and its most consequential test is fast approaching. By the end of April Facebook’s Supreme Court, officially called the Oversight Board, will declare a ruling on the company’s permanent ban of Donald Trump from the platform. Facebook’s Oversight Board was first conceived of in 2018 as an independent quasi-legal governing body that would advise Facebook on its content moderation policies and litigate appeals of users over content moderation enforcements. In the years since, Facebook has invested considerably in developing the operational procedures, powers and composition of the Board. The Board abides by an official public charter and currently consists of 20 members from various areas of expertise as well as diverse backgrounds. By design, the Oversight Board only has the authority to review user appeals that involve ‘take-downs’ of content and can rule to either uphold or overrule them. The Board is indirectly funded by Facebook through a trust to the tune of around $130 million.

END_OF_DOCUMENT_TOKEN_TO_BE_REPLACED

Killer Robots are a Reality, Where Does the Biden Administration Stand?

Brief #40—Technology
By Charles A Rubin
Fully autonomous weapons, the stuff of dystopian sci-fi novels, are now approaching reality. The US, China, Israel, South Korea, Russia, and the UK are developing weapons systems with significant autonomy in their critical functions of selecting and attacking targets. If left unchecked the world could enter a destabilizing robotic arms race. These weapons include autonomous submarines, precision bombs and autonomous machine guns similar to the one that Iranians authorities claimed to have killed scientist Mohsen Fakhrizadeh in late November. Unlike drone weapons, which have a human albeit remote handler, Fully Autonomous Weapons Systems (FAWS) decide algorithmically who lives and who dies without further human intervention. FAWS systems cross a moral threshold that lack the inherently human characteristics such as compassion that are necessary to make complex ethical decisions. With a new administration the United States must take a leadership role in banning these weapons worldwide.

END_OF_DOCUMENT_TOKEN_TO_BE_REPLACED

Brief #38—Technologybr>By Scout Burchill
On Friday, February 12th the Maryland State Senate overrode Governor Hogan’s veto to become the first state in the nation to impose a tax on digital advertising revenue. Even though the new law is already being challenged in the courts, its passage reflects the dire need to plug gaping holes in state and local budgets due to pandemic losses as well as enact innovative new approaches to taxing and regulating big tech companies that have continued to rake in record profits over the past year. Maryland’s Digital Advertising Gross Revenues Tax would impose a 2.5% tax on advertising revenue made by selling digital advertising within the state for companies that make over $100 million a year globally from digital advertising revenues. This tax rate increases to 5% for companies making between $1 billion and $5 billion, 7.5% for companies making between $5 billion and $15 billion and finally 10% for those companies making more that $15 billion, essentially targeting Google and Facebook. The new tax is expected to generate $250 million after the first year, which will be set aside for Maryland’s education system.

END_OF_DOCUMENT_TOKEN_TO_BE_REPLACED

Artificial Intelligence —Will It Really Take Away Our Jobs?

Brief #37—Technology
By Linda F Hersey
Artificial intelligence is poised to take over many job functions beyond bolting doors on vehicles at auto plants or filling orders at Amazon warehouses.  Jobs that many people assume require a human touch are at risk. They include roles in telemarketing, bookkeeping, employee compensation, office administrative duties, delivery services, proofreading and market research analysis. Within five to 10 years, driverless cars and trucks are expected to transform road transport services, including long-haul trucking and popular door-to-door food delivery. Should humans performing more complex business functions be looking over their shoulder? Perhaps. Emerging roles of artificial intelligence across industries are diverse and sweeping in scope, including entertainment/media, financial services, health care and energy.

END_OF_DOCUMENT_TOKEN_TO_BE_REPLACED

Brief #36—Technology
By Charles A Rubin
The drama surrounding the wild trading and social media fueled speculation in the shares of stocks GameStop, AMC Entertainment, Bed Bath & and Beyond, Blackberry and other underperforming companies has thrust Wall Street near the top of a crowded list of issues that President Joe Biden’s regulatory team needs to tackle early in its term.
The wild fluctuations in these stocks which played out in the waning days of January revealed a new dynamic of Reddit subgroups, trading apps with no business model for profit and sophisticated social media personalities. There is excitement that the individual investor will be able to reap the benefits that had been only available to savvy and secretive Wall Street types. There is equal concern that we are creating bubbles that will seriously damage our economy when it can least sustain any more shocks.

END_OF_DOCUMENT_TOKEN_TO_BE_REPLACED

Who Gets to Decide What Speech is Allowed on Social Media?

Brief #35—Technology
By Charles A Rubin
In the aftermath of the January 6, 2021 riot at the US Capitol inspired by then President Trump, Twitter and Facebook banned him permanently from their platforms for violations of their terms of service. In the days that followed and in the wake of other individuals being prohibited from using those services, many in the right wing camp moved to services such as Parler and Gab. These services were removed from both the Apple and Android application stores and Parler’s servers, hosted in the Amazon Web Services cloud infrastructure, were shut down.

END_OF_DOCUMENT_TOKEN_TO_BE_REPLACED

Brief #34—Technology
By Scout Burchill
Facebook has been targeting online “patriot” and militia groups with ads for military gear such as body armor and weapon accessories. Despite a letter to Facebook CEO Mark Zuckerberg from members of Congress, calls from State Attorney Generals, and internal warnings by Facebook employees, research by the Tech Transparency Project reveals that these ads were still targeting users as late as January 17th.

END_OF_DOCUMENT_TOKEN_TO_BE_REPLACED

Brief #33—Technology
By Scout Burchill
On January 6th, in the wake of the Capitol Hill riots, Twitter announced that President Donald Trump’s account would be suspended. Twitter followed this up on Friday, January 8th by permanently banning President Trump from its platform “due to the risk of further incitement of violence.” Other tech platforms almost immediately followed suit, including Reddit, Twitch, Shopify, Snapchat, Discord, Stripe and Facebook, which declared a ban “indefinitely and for at least the next two weeks.” Facebook has since sent this decision to their newly created oversight board for further review.

END_OF_DOCUMENT_TOKEN_TO_BE_REPLACED

Privacy Under Attack: The Challenge of Data Commoditization in The Biden Era

Brief #32—Technology
By Charles A Rubin
The US Defense Intelligence Agency and other government entities routinely collect cell phone location data on US residents without a warrant, according to a memo reported by The New York Times on Friday January 22, 2021. The agencies buy the information on the open market from data brokers, who often get it from third-party apps running on users’ phones.