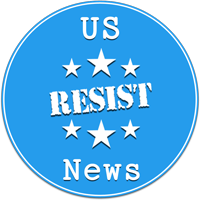 “…The administration is delaying our progress towards addressing the systemic challenge of racial discrimination, and it is allowing the disparities in the ‘school to prison pipeline’ to continue.”

ranking member of the House Committee on Education and the Workforce

Over the past two years, Secretary of Education Betsy DeVos, has gone out of her way to roll back federal regulations, completely in tow with the Trump administration. Shortly after President Trump took office, the Education Department’s Office for Civil Rights released a statement to agency investigators. The memo stated that the office would no longer recognize “systemic” bias in regards to individual claims of discrimination in schools, but instead they hoped to roll through individual cases at an even quicker speed than the previous administration. For civil right’s activist it raised red flags, but many were left remotely unconcerned. However, today, we now know this was indication of the agency’s overall future approach toward issues of racial discrimination and civil rights execution.

According to ProPublica’s examination of approximately 40,000 civil rights cases, a mere fifteen months after President Trump took office, the department of education, closed over 1,200 Obama-era, civil rights investigations, lasting at least six months each. The closed investigations ranged from issues from discriminatory punishments to sexual assault. Under Secretary of Education, Betsy DeVos, the policy changes had allowed the dismissal of over 500 disability rights accusations, by this past April. The changes from one administration to the next were night and day. Under President Obama’s administration nearly 70 percent of cases of discrimination toward students with limited English skills were upheld versus the 52 percent under the current administration. In general, the number of cases confirmed regarding the individualized educational needs of disabled students has dropped from 45 percent under the former administration to 34 percent this year. Sexual harassment and violence cases have also dropped by ten percent each.

Sadly, DeVos may be moving forward without much fuss as only 3% of Americans rank education at the top of their list of concerns our country faces. The silver lining of the year is that Democrats have assumed control of the House of Representatives as the result of this year’s midterm elections, for the first time in eight years. Democrats’ won the House but the Senate and White House are still remain under Republican power. Therefore, it is doubtful that there will excessive changes in policies carried out by DeVos. Nevertheless, with control of committee chairs, there is much anticipation of House Democrats utilizing their overseeing authority to compel DeVos to change direction in the upcoming year. In fact, a number of newly elected chairs have specifically indicated intentions to examine DeVos’ policies, using their oversight authority, giving many Americans hope the new year will welcome changes in how Washington manages education, especially the execution of civil rights for our children country-wide.

Americans can expect much debate over how DeVos has handled civil rights issues, primarily from Rep. Bobby Scott of Virginia. Rep. Scott, a former civil rights attorney, has made clear his determination to clearly answer whether the Department of Education is upholding its responsibilities to defend the civil rights of students throughout the United States. Currently, Scott serves as the Ranking Member of the Committee on Education and the Workforce. Previously, Scott has taken great initiative opposing the administration’s decisions on issues of racial bias in schools, overall civil rights and how investigations into systemic bias and discrimination have thus far been handled.

Under Scott, the House Education and the Workforce Committee should be expected and held responsible to look into whether state plans to implement the successor to Every Student Succeeds Act, No Child Left Behind and to make sure any modifications are complicit with the law. The U.S. Senate Committee on Health, Education, Labor and Pensions (HELP) and the U.S. House of Representatives Committee on Education and the Workforce should focus on rectifying the Department of Education’s disproportionate recognition, placement, and punitive treatment of students of color with disabilities in order to correct further wrongdoings of occurring in the future. Many civil rights groups, including the Leadership Conference on Civil and Human Rights, have argued that some of the plans implanted by DeVos do not live up to Every Student Succeeds Act’s protections for at-risk children. One can hope in times to come, the committees may hold oversight hearings correcting the department’s approval of, noncompliant plans. Without this type of input from the committees, the current administration could continue to keep a firm grip on the millions of historically marginalized children to a low-quality education. However, it will be unlike as with potential changes coming from House, states may no longer be able to overlook the obligation of accountability that hold all schools responsible for the performance of all children, regardless of race, background or disability.

There is no doubt DeVos is facing considerable pressure begot from oversight but this does not necessarily mean that DeVos will handle issues of civil rights in our school systems any differently than she has in the past. Thus far the Secretary has kept on the path of her and President Trump’s agenda, regardless of public opinion or setbacks. The president’s very open support of DeVos’ decisions may bolster the Secretary of Education, but the change in the House, especially in respects to Rep. Scott’s mission, will undeniably shake up issues and leave DeVos in a position of heaviness, as if the sense of equality, well being and education of millions of children depended on it.

ABOUT USRESIST NEWS:  USRESIST NEWS is a digital news service that reports on administration policies and the organizations seeking to resist them  LEARN MORE @ www.usresistnews.org