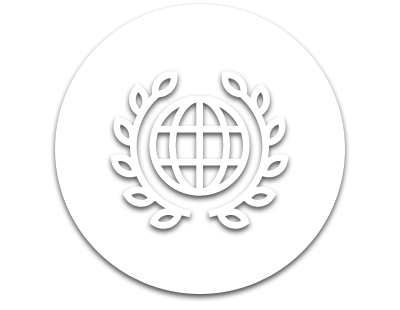 The Foreign Policy Domain tracks and reports on policies that deal with US treaty obligations, relations with other countries, engagement with international organizations, and trade policies. The domain tracks policies emanating from the White House, the Department of State, United States Agency for International Development, Office of the US Trade Representative, and Office of the US Representative to the United Nations.

Is Saudi Arabia a Gulf State … or a Golf State?

This summer has seen the ongoing disagreement and to some degree ‘war’ between LIV Golf and the PGA Tour. The traditional American viewing experience for generations has been the PGA Tour. Millions of viewers tune into individual tournaments throughout the season to see the worlds’ top golf professionals compete on American television. Now, a Saudi-backed challenger has stepped into the arena and has started to offer a significant challenge to the traditional golf watching, and competing, experience around the world.

END_OF_DOCUMENT_TOKEN_TO_BE_REPLACED

Mikhail Gorbachev – a Knight of Lightness or Dark?

Mikhail Gorbachev was one of the most controversial figures in world politics. The Former USSR (Union of Soviet Socialist Republics) President died at the age of 92 in Moscow on Tuesday, August 30, after a severe and prolonged illness. The last, fifth general secretary of the Soviet Communist Party, Gorbachev was also the the last president of the USSR. He is not popular in today’s Russia, while his actions are often appreciated in the Western world.

END_OF_DOCUMENT_TOKEN_TO_BE_REPLACED

The International Atomic Energy Agency (IAEA) has called for the establishment of a security zone around Ukraine’s Zaporizhzhia nuclear plant to protect it from intense fighting. The occupation of Europe’s largest nuclear power plant has sparked fears of a nuclear disaster as both sides trade blame for shelling the site.

END_OF_DOCUMENT_TOKEN_TO_BE_REPLACED

Since the day when Russia started a so-called “special operation in Ukraine”, the iconic phrase of the average Russian has become “But all are afraid of us!”
When a Siberian grandma tells you that she doesn’t have heating, water, and electricity in her old house in February when the outside temperature falls to -13F and the air in her unheated bedroom is freezy, and her family still uses a wobbly wooden toilet in the backyard, she will proudly add “But all are afraid of us!”

END_OF_DOCUMENT_TOKEN_TO_BE_REPLACED

This week marked an important date for Ukraine, August 24, 2022, which marks six months since the Russian invasion and the 31st anniversary of the countrys independence from the Soviet Union. The same day also saw a missile strike on an eastern Ukrainian train station that killed 22 people.

END_OF_DOCUMENT_TOKEN_TO_BE_REPLACED

Powder Keg – How the War in Ukraine Could Disrupt the Global Skiing Industry!

The war in Ukraine has had an impact on global markets. Ukraine is a mass producer of wheat and other food items. They also are a manufacturing hub for alpine and cross country skis with a factory in Mukachevo, Ukraine, owned by Austrian-based company, Fischer Sports. Fischer is one of the leading manufacturers of skis and other skiing-related items such as ski boots and ski poles.

According to the Cross Country Ski Areas Association, based in Vermont, Ukraine produces half of the skis sold globally each and every year; globally there are around four million skis manufactured each year. This is not just a problem for Fischer but for most major ski companies who allow Fischer to manufacture at least some of their skis for them, these brands include Rossignol, Alpina, and Scott.

END_OF_DOCUMENT_TOKEN_TO_BE_REPLACED

On Tuesday August 2, 2022, House Speaker Nancy Pelosi touched down in Taiwan, becoming the highest-ranking US official to visit the island since former Speaker Newt Gingrich in 1997. Her trip was not officially approved by the Biden administration as a diplomatic mission.
The Chinese government had warned against the visit to the island that it regards as a part of its territory. The US officially recognizes Taiwan as a part of China per the one China policy, yet the US also has a long-standing relationship with Taiwan independent of China, and is its major source of military equipment.

END_OF_DOCUMENT_TOKEN_TO_BE_REPLACED

On July 31, 2022 Ukranian President Zelensky ordered civilians to evacuate from the Donetsk region. Between 200,000 and 220,000 civilians still live in the unoccupied area of Donetsk, according to Ukrainian estimates.

END_OF_DOCUMENT_TOKEN_TO_BE_REPLACED

Griner was arrested quickly after the Russian invasion into Ukraine; with critics of the Putin regime and war suggesting that she was arrested as a political pawn, however, her charges are regarding the use of hashish oil which is illegal in Russia.

END_OF_DOCUMENT_TOKEN_TO_BE_REPLACED
« Older Entries
x
x
PLEASE DONATE to USRENEW NEWS----We rely on donations from our readers to support the news we bring you. Donations of any size are welcome, and will be used to support our mission of providing insightful public policy reporting. Thanks. DONATE HERE