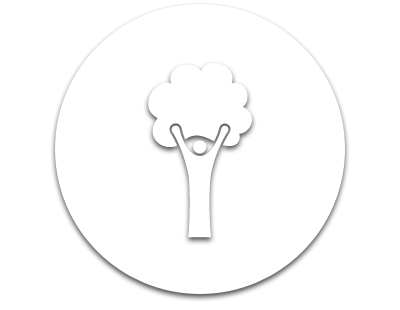 The Environment Domain tracks and reports on policies that deal with the use of natural resources, climate change, energy emissions, pollution, and the protection of endangered species. This domain tracks policies emanating from the White House, the Environmental Protection Agency, the Energy Department, and the Interior Department.

The House Passes a Bill to Help Small Farmers

Brief #2—Agriculture
By Katherine Cart
Before the industrial revolution reworked the entirety of agricultural processes in America, poultry, eggs and meat were not cheap. The average dozen, in 1913, cost today’s equivalent of $9.25. Chicken meat was served on Sundays, or for holidays, and could not be bought boneless, ground, breaded, molded into consumer-pleasing shapes. Small farms produced small quantities of meat and poultry product and lack of mass shipping transit kept businesses local. Now, however, only three mega-corporations control roughly 90% of the poultry market and four control 85% of the beef market. Legal red tape impedes the fair competition of smaller farms. Conversations concerning antitrust reforms are, once again, gaining momentum and new voices. The DIRECT (Direct Interstate Exemption for Certain Transactions) Act, seeks to amend selling restrictions and could be a boon for small meat and poultry producers. Currently, meat and poultry grown by many small processors are inspected and approved for sale within only the state of inspection. The act would lift bans on interstate sales by processors, butchers and other retailers of locally-produced meat and poultry, allowing for the direct-to-consumer sale of normal retail quantities across state lines. Congressman Cuellar says, “the bipartisan legislation will allow meat inspected by the State to be sold online and across state lines, opening up new markets for meat producers and processors.”

END_OF_DOCUMENT_TOKEN_TO_BE_REPLACED

USRENEW Blog
By Katherine Cart
I came to Amaknak Island by plane. The mountains the plane passes between were, in June, very green. The visual sense that the Aleutian Chain gives is of a treeless Hawaii – its geology is similar; the landscape is very young, and active volcanoes grow the islands sporadically. Extending like a hooked arm, the Aleutians delineate the southern edge of the Bering Sea. Amaknak rises from the North Pacific, 800 miles south of Anchorage. Around the smidge of land that is the Aleutian Chain, there is very little but sea. Amaknak’s Iliuliuk Bay, where 300 foot vessels dock, offload fish, and fuel, drops dramatically to twenty fathoms. The basalt and andesite flows and pyroclastic rocks that form the cliffs of Mounts Ballyhoo and Split Top, and through which obdurate roads have been blasted, rise nearly two thousand feet from the bay edge. Thin soil, reddish, capped by tall grasses and shrub like a fur, holds tremulous purchase on the volcanic substrate. There is a wildness and fragility to Amaknak. With nearly three thousand residents, Amaknak is the most populous of Aleutian islands, and where Dutch Harbor provides anchorage to the North Pacific fishing and shipping fleets. Billions of dollars pass through each year.

END_OF_DOCUMENT_TOKEN_TO_BE_REPLACED

Brief #110—Environment
By Shannon Q Elliot
Leaders of America’s most prominent environmental organizations penned a letter to the US House of Representatives in support of House Resolution 24; a second impeachment trial of Donald Trump. The letter was authored by The Sierra Club, Defenders of Wildlife, Earthjustice, Greenpeace US, and the Natural Resources Defense Council who concluded the letter gently reminding our leaders that the “health of our democracy and environment are inextricably linked”

END_OF_DOCUMENT_TOKEN_TO_BE_REPLACED

The Importance of Preserving the Biodiversity of Our Planet

Brief #109—Environment
By Jacob Morton
The biodiversity of our planet is declining at an accelerated rate. Populations of plant and animal species around the world are dwindling to the point of near extinction, more rapidly than at any other time in our planet’s history. Sir Partha Dasgupta, an economist at Cambridge University, says this rampant and unheeded degradation of our planet “could have catastrophic consequences for our economies and wellbeing,” pointing to Covid-19 as “just the tip of the iceberg.” Earlier this month, Dasgupta and the UK Treasury released an independent report on the economics of biodiversity. The main takeaway? We are draining the bank of our most valuable asset, natural capital. And the consequences are not going to be pretty.

Dasgupta explains it like this, “Just as diversity within a portfolio of financial assets reduces risk and uncertainty, diversity within a portfolio of natural assets increases nature’s resilience in withstanding shocks.” The widespread impacts of climate change and a coronavirus run rampant across the globe are just a couple examples of nature’s loss of resilience. As the report points out in its opening remarks, “Our economies, livelihoods and wellbeing all depend on our most precious asset: nature. We are part of nature, not separate from it.”

END_OF_DOCUMENT_TOKEN_TO_BE_REPLACED

Brief #108—Environment
By Todd J Broadman
Soon after President Biden’s election victory, General Motors Corporation (GM) publicly stated their vision: to manufacture vehicles that feature zero carbon emissions. That vision is the leading feature of their “triple zero,” which also includes zero congestion and zero crashes (through advanced safety technologies and self-driving vehicles). Over the next 15 years, GM will completely phase out the production of petroleum powered vehicles and will solely manufacture electric vehicles (EV). There are to be 30 such EV models available by 2025.

END_OF_DOCUMENT_TOKEN_TO_BE_REPLACED

Brief #107—Environment
By Jacob Morton
On Wednesday, January 27, President Joe Biden signed a flurry of executive actions to address the climate crisis by reviving environmental protections dismantled by the previous administration and promoting the creation of new ‘green’ jobs. The orders revive many Obama-era protections and regulations, including a rejection of the Keystone XL Pipeline and the protection of sacred indigenous sites in Utah. Biden’s executive actions go even further still, mandating that climate change be considered in all major decisions of the Federal government, and re-establishing a culture of scientific integrity and evidence-based decision making across all Federal agencies. The President’s executive orders  also call for the Federal government to play a larger role in ensuring economic success for communities and individuals affected by an energy industry shift from fossil fuels to renewables.

END_OF_DOCUMENT_TOKEN_TO_BE_REPLACED

Fixation on Fixtures; The Showerhead Rollbacks

Brief #106—Environment
By Shannon Q Elliot
President Trump has rolled back the Department of Energy’s (DOE) standards for consumer appliances.

END_OF_DOCUMENT_TOKEN_TO_BE_REPLACED

Brief #105—Environment
By Jacob Morton
On January 5, the US Environmental Protection Agency (EPA) finalized a new rule requiring that any scientific evidence that is to be considered by the agency when crafting new environmental regulation, such as limiting the use of certain chemicals or determining levels of allowable pollution, must make all relevant data publicly available (including study participants’ personal medical records) to be considered credible.

END_OF_DOCUMENT_TOKEN_TO_BE_REPLACED

Brief #104—Environment
By Jacob Morton
As the Trump administration’s single term nears its end, top agency officials are attempting a last-minute push to approve a flush of large-scale energy and mining projects for companies hoping to secure contracts to extract various natural resources.