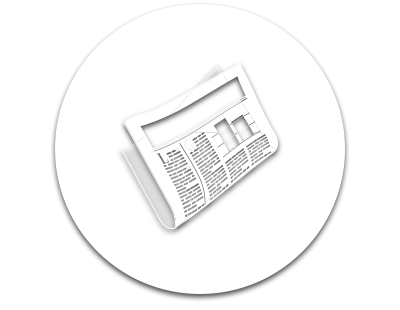 Prospects for the Biden Agenda (Part 1)

After President Biden’s hard-fought victory in November, it became clear that who can vote and how they can vote would become a national talking point in his first months in office. Indeed, President Biden has focused on voting rights but has yet to push a voting rights bill through the heavily divided Congress.

END_OF_DOCUMENT_TOKEN_TO_BE_REPLACED

Attorney General Merrick Garland announced, on June 25, that the Department of Justice was suing the State of Georgia in federal court to overturn Georgia’s recently-passed voter restriction law.
The new Georgia law, which was passed by Republicans along partisan lines, creates new hurdles for voter registration and for absentee voting, while making it easier for voters to be removed from the rolls.

END_OF_DOCUMENT_TOKEN_TO_BE_REPLACED

The Moderate Republicans: A Guide to Who’s Who

When it comes to political beliefs, a large portion of voting bloc seems to be wrought with radicals. However, the truth is that most Americans don’t have very extreme ideas at all, and are actually quite moderate. In recent elections we have seen this, with an increasing amount of folks with more radical beliefs being elected to Congress.

END_OF_DOCUMENT_TOKEN_TO_BE_REPLACED

The campaign ads of the Republican challengers of Galvin Newsom for governor of California in the upcoming recall election portray the state as suffering the same dystopian fate as Venezuela- with flash frames of despair and voice-over narratives of businesses and workers fleeing the economic collapse brought on by the government over-reach of Covid restrictions.

END_OF_DOCUMENT_TOKEN_TO_BE_REPLACED

Brief #20 — Elections and Politics
By Zack Huffman
For four years, President Donald Trump was able to use his position as Commander in Chief to shield himself from legal action for alleged crimes committed both during and before his time in office. Four months out from President Joe Biden’s inauguration, Trump is starting to feel the burn of no longer having the presidential shield to protect him.

END_OF_DOCUMENT_TOKEN_TO_BE_REPLACED

The Republican Party: Who’s Up Next?

Brief #19—Elections & Politics
By William Borque
With President Biden now leading this country, many analysts shifted their attention to the 2024 presidential election, where Republicans will once again have a chance to bring the balance of power back to their side of the aisle.  The question, however, is who they will choose to lead their party in a key time that will decide the direction of the party for decades to come.  Some suggest that they should re-nominate President Trump in an effort to revitalize his political and historical image after the tumultuous end to his presidency.  Others suggest his son, Donald Trump Jr, a similarly polarizing and loud-mouthed public figure.  Yet another suggestion, along the same vein, is Florida Governor Ron DeSantis, a well known Trump supporter and ardent conservative.  DeSantis is seen as the favorite to secure the nomination, but there are still plenty of others who may sneak into the picture in the coming months and years.

END_OF_DOCUMENT_TOKEN_TO_BE_REPLACED

The 2020 Census Report Shifts Seven Seats in the House

Brief #18—Elections & Politics
By Rosalind Gottfried
The first report from the 2020 census data was released in April after delays stemming from issues related to the Corona virus.  This first report is utilized to inform decisions relating to the reapportionment of the 435 seats in the House; it includes data through April 1, 2020 and as such is missing data reflecting deaths from the Covid 19.  The new census shows the lowest population gain in recorded US history.  The current population, based on the number of all living persons including Native Americans, is 331,449,281.  This reflects an increase of 7.4% from the 2010 census, the second lowest since the reported 7.3% recorded in the decade of the 1930s. Thirty seven states grew more slowly than in the previous decade while three states lost population.  This trend is attributable to lower birthrates; higher death rates, and slowed immigration.

END_OF_DOCUMENT_TOKEN_TO_BE_REPLACED

The Future of the Republican Party, Part 1

Brief #17—Elections and Politics
By William Bourque
On January 20th, 2021, a large part of the country collectively sighed  relief.  After  days of tumult and chaos, President Trump had finally left office, and for what felt like the first time in months, we could see a light at the end of the tunnel.  However, we were quickly reminded that just because President Trump was out of office didn’t mean that his influence and rhetoric would disappear.  However, throughout the past several months it has been made abundantly clear that the “Trumpism” is here to stay, at least for now.  With that in mind we will begin an in-depth series on our predictions for the future of the Republican Party, whether that includes former President Trump or not.

END_OF_DOCUMENT_TOKEN_TO_BE_REPLACED

Both Sides of the Aisle Want to Preserve the Filibuster

Brief #16—Elections and Politics
By Zack Huffman
The Democrats now have slight control of the 50-50 Senate with Vice President Kamala Harris’ tiebreaker vote. Much like the former time the Democrats held the Senate, there is some discussion about whether or not to remove the filibuster, which allows the minority party to block votes on bills they are fighting. The fact that the Democrats failed to move the John Lewis Civil Rights Act past a filibuster in 2020 has further compelled some legislators to favor an end to the filibuster before the GOP can block future Senate bills. The longest filibuster to date is still the one Sen. Strom Thurmond preformed in his failed attempt to block passage of the Civil Rights Act of 1957. The late Dixiecrat spoke for 24 hours and 18 minutes before the law was finally passed 72-18. Thurmond would later switch parties from Democrat to Republican in protest over the passage of the 1964 Civil Rights Act.