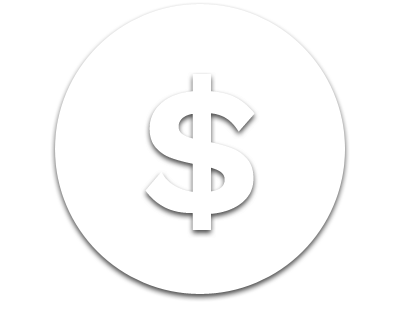 The economic recovery has slowed in the third quarter and the unprecedented circumstances make it unclear what the indicators ultimately will mean for future growth. It is estimated that worker shortages are costing the economy sixty billion dollars in sales every month. Increased wages are failing to attract a crucial influx in returning workers. There are millions of pre-pandemic workers who have not returned to work. Workers are reluctant to return to work likely due to health concerns; childcare issues; and reconsideration of life priorities.

END_OF_DOCUMENT_TOKEN_TO_BE_REPLACED

A new global agreement, endorsed by the Biden administration, aims to improve the international tax system by redistributing revenue that countries earn from taxing multinational corporations. The proposal was finalized and agreed upon on October 8th by the Organization for Economic Cooperation and Development (OECD). It is scheduled to go into effect in 2023.

END_OF_DOCUMENT_TOKEN_TO_BE_REPLACED

There are positive indications of economic growth in the fourth quarter of the year and, while economists are optimistic, citizens are less so. The economy grew by .5% in the third quarter, and the fourth quarter is predicted to be strong. The October jobs report was encouraging. New jobs reached 531,000 and after adjustments in the August and September figures, the average for the three months was 442,000. October unemployment was down to 4.6% from 4.8%.

END_OF_DOCUMENT_TOKEN_TO_BE_REPLACED

There are some indications that the economy is strong. The US economy is expected to grow at 6% this year and fall to 3.9% for 2022, a greater rate than for most years since the turn of the century. Economists are predicting a steady expansion of the economy for the second half of 2021. The unemployment rate is under 5%, marking only 17 months to recover that rate since the pandemic started. Unemployment is currently at 4.8% which is down from 5.2% in August.

END_OF_DOCUMENT_TOKEN_TO_BE_REPLACED

A Primer on the Debt Ceiling Crisis

The deadline for Congress to pass a Bill to fund the government past the current fiscal year deadline of September 30th is fast approaching. The Republicans blocked a bill which would extend government spending and suspend the debt ceiling. The House passed the bill providing for government spending through December and suspending the debt ceiling through December 2022, after the mid-term elections.

END_OF_DOCUMENT_TOKEN_TO_BE_REPLACED

Child poverty persists in the US at a much greater rate than in other comparable countries. Among the countries in The Organization for Economic Co-operation and Development (OECD), the US is on a par with Mexico, Chile, Turkey, and Spain on the low end of expenditures to combat child poerty. In contrast, Finland, Denmark, Poland and Spain evidence the highest spending. In spite of having the highest GDP of any country, and one of the highest per capita incomes, the US spends 1% of its GDP on family benefits in contrast to the 3.5% spent by France. As a result, 14.4% of the country’s children live in poverty. This translates into 1 in 4 Black children; 1 in 5 Hispanic children; and one in 12 non-Hispanic white children.

END_OF_DOCUMENT_TOKEN_TO_BE_REPLACED

A $3T USD budget shortfall in 2020 and the current deficit for 2021 of another $3T USD leaves the current administration in a considerable bind. The Biden administration’s proposed tax plans — The American Jobs Plan and the American Families Plan — impose considerable tax hikes for corporations and top earners while providing increased child and dependent tax credits.

END_OF_DOCUMENT_TOKEN_TO_BE_REPLACED

Biden and the Democrats are currently haggling over a 1.2 trillion dollar plan to address infrastructural change. This figure is down from the original 4 trillion sought by Biden. For negotiations, the White House had trimmed the bill to 1.7 trillion and it now stands at 1.2 trillion.

END_OF_DOCUMENT_TOKEN_TO_BE_REPLACED

Should We Be Concerned About Inflation?

Inflation occurs when the value of money decreases, largely due to increases in prices which are not matched by rises in income. With the vaccine rollout, people are emerging from their pandemic cocoons and demands for goods and services are surging. High demand, coupled with reduced supplies, is causing prices to rise.

END_OF_DOCUMENT_TOKEN_TO_BE_REPLACED
« Older Entries
Next Entries »
x
x
PLEASE DONATE to USRENEW NEWS----We rely on donations from our readers to support the news we bring you. Donations of any size are welcome, and will be used to support our mission of providing insightful public policy reporting. Thanks. DONATE HERE