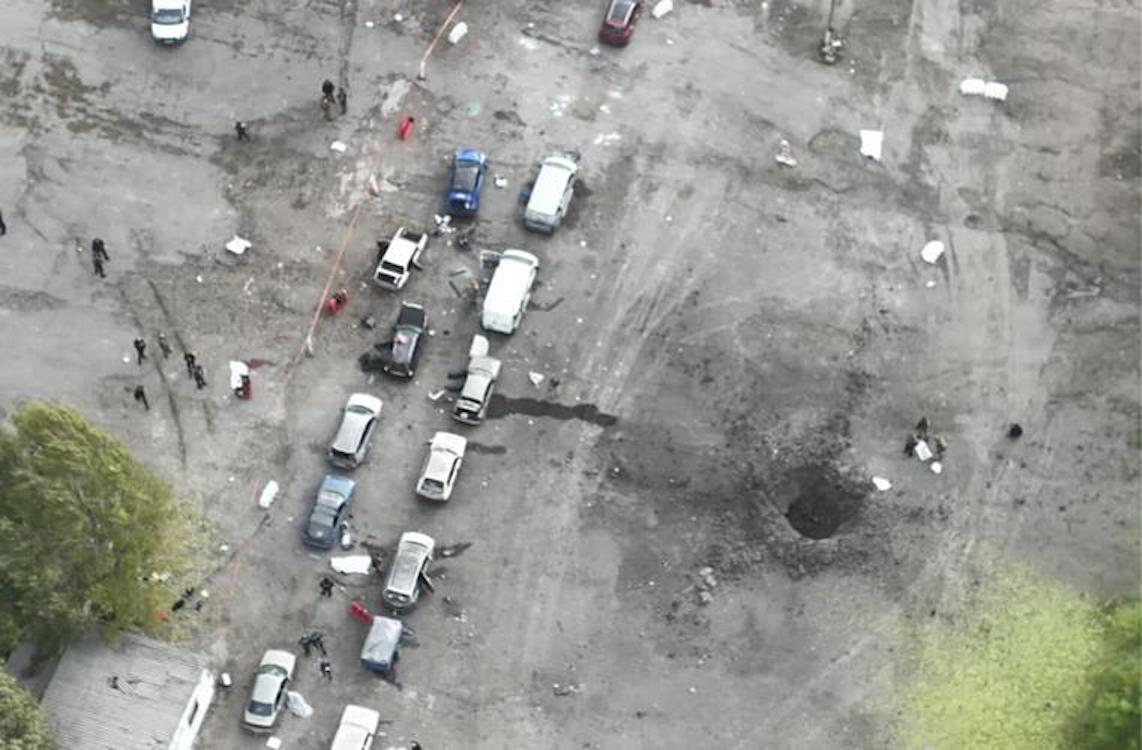 Russia’s President Vladimir Putin on September 30, 2022 signed accession treaties formalizing the annexation of four occupied regions that make up 15% (at least 40,000 square miles ) of Ukraine’s territory. The annexation, which is the largest land grab in Europe since World War II, comes on the heels of what the UN and Western powers described as sham referendums held in Eastern Ukraine to authenticate Putin’s goals.

Referendums on joining the Russian federation were held in Donetsk, Luhansk, Kherson and Zaporizhzhia with each region seemingly voting to break away from Ukraine. News agencies run by the pro-Kremlin administrations in Donetsk and Luhansk reported up to 99.23% of people voted in favor of joining Russia, a wildly high and unrealistic percentage for almost any free and fair election.

Ukrainian President Zelensky accused Russia of brutally violating the UN statute and international law by trying to annex territories seized by force. At a session of the United Nations Security Council, Russia alone vetoed a resolution condemning the annexation, with other global powers such as China, India and Brazil abstaining from the vote.

The US in response to the annexation imposed a new round of sanctions on hundreds of Russian individuals and companies. Additionally President Joe Biden, stated: “Make no mistake, these actions have no legitimacy. The United States will always honor Ukraine’s internationally recognised borders” signaling his intent to remain firm in not recognizing Putin’s illegal action.

Putin’s decision to annex the territories is seen as a response to Russia’s growing difficulties on the battlefield. Even as the territories are now being claimed as a part of the Russian federation, not all areas are controlled by Russia. In recent weeks Ukraine has made gains in retaking captured territories and driven back Russian forces. With the annexation Putin appears to be attempting to make his actions seem worthwhile to a Russian public that has suffered heavy losses and faced economic hardship.

The annexation now makes the prospect for diplomacy much harder, Ukraine is seemingly unable to use the succession of certain territories as a bargaining chip now that Russia formally recognizes the territories as its own. Zelensky has also said his administration would no longer negotiate with Russia as long as President Vladimir Putin remains in power.

The annexation further escalates the already deadly war in an even more desperate manner. Putin has stated that any attack on the now “Russian territories” would be regarded as an attack on Russian soil, meaning that any attempt to retake the territory by Ukraine or assistance from allies in the region could now be met with the full force of Russia’s military, including nuclear weapons.

Ukrainian President Zelensky on the same day announced that Ukraine would be submitting an accelerated  application to join NATO. It is unclear and unlikely that the application would be accepted considering fighting already taking place in Ukraine would necessitate an immediate response from other NATO members and engulf the alliance and Russia into a World war.

On September 30, 2022 the same day as Putin claimed to have liberated Eastern Ukraine, at least 30 civilians were killed in a Russian strike on a convoy of civilian cars in southern Ukraine.

The convoy had been assembling at a market in the city of Zaporizhzhia, preparing to leave Ukrainian controlled territory to visit relatives and deliver supplies in an area occupied by Russia.

The Office of the UN High Commissioner for Human Rights has verified a total of about 6,000 civilians that have been killed in fighting with many more likely unaccounted for.

In Russia a mobilization targeted 300,000 draftees to join the war likely to replace the large quantities of killed and wounded soldiers.

Many draftees are from Russia’s ethnic minority groups who often rank lower on the social hierarchy than Russia’s slavic majority in its Western region. In Moscow, hundreds gathered to protest after Putin’s mobilization announcement. Police officers reportedly began giving draft notices to those they detained at the protest. Subsequently, neighboring states such as Georgia and Finland all saw huge queues forming at their border crossings as people tried to flee conscription.

With the huge numbers of recent border crossings Finland joined Poland, Estonia, Latvia, and Lithuania and closed its borders to Russians seeking to enter the country without a visa. Additionally earlier this month, the EU also decided to make it more expensive and difficult for Russian citizens to get visas by suspending a visa deal between the EU and Russia.

Major leaks erupted this week in the Nord Stream gas pipelines that carry fuel from Russia to Europe under the Baltic Sea. There is a consensus among all parties that the pipeline was sabotaged, but it remains unclear as to who is responsible. Russia has blamed the West with President Vladimir Putin stating that the United States and its allies blew up the Nord Stream pipeline, “The sanctions were not enough for the Anglo-Saxons: they moved on to sabotage” he said.

The EU stated that they believe the damage was caused by sabotage but have stopped short of naming anyone. Ukraine has frequently called for Europe to halt all purchases of Russian fuel – stating that purchasing Russian energy helps fund the war.

A damaged Nord Stream pipeline brings its call for a full Russian fuel embargo closer to reality.The damage means Russia loses its energy leverage over Europe, now it cannot threaten to cut off gas supplies as it has no capability to deliver it.

The ruptures of the gas pipeline has also led to what has been called the biggest single release of climate damaging methane ever recorded, according to the United Nations Environment Programme. “This is really bad, it is most likely the largest emission event ever detected,” said Manfredi Caltagirone, head of the International Methane Emissions Observatory.