The Colorado River, a water source that irrigates 5 million acres of farm land and supplies 40 million people with drinking water, has long been severely overallocated. For decades, so much water has been diverted to supply farms and cities that the river’s delta in Mexico has dried up. Those that depend on its bounty are now in crisis as the western U.S. has undergone a 23-year megadrought and the nation’s largest reservoirs have subsequently dropped their water levels by three-quarters.

The 1,450-mile river is fed by high mountain snowpack that has been steadily diminishing. This, along with increasingly dry soils which absorb more runoff and added evaporation from atmospheric heat, have significantly reduced the river’s capacity.

On August 9, the Biden administration stated that water shortages along the Colorado River had passed a threshold for the first time and that unprecedented water cuts will be required. The river’s users: seven western states, Native Tribes, and Mexico, must come to agreement as to what sacrifices will be made with the dwindling water supply. A deadline for a voluntary agreement, August 15, has come and gone without a resolution, and the Bureau of Reclamation has done little in response to the stalemate.

Reclamation is the federal water management agency governing water and dams for 17 western states and falls under the U.S. Department of the Interior. Given the looming crisis, they instructed stakeholders to reduce usage by 2 million to 4 million acre-feet – a “Tier 2” shortage; that equates to a third of the river’s annual average flow.

There is not yet federally mandated action and the river continues to be governed by a complex set of policies — collectively known as the Law of the River dating back over a hundred years — that dictate how much water each state or tribe receives, and which entity will lose water first when the government imposes restrictions. The allocation consists of two geographical groups: the upper basin -Colorado, New Mexico, Utah and Wyoming, and the lower basin: Arizona, California and Nevada.

When Mexico and Native Tribe allocations are included, the total annual amount of water is 17.5 million acre-feet. (Each acre foot equates to about 326,000 gallons). But that paper calculation falls short of the actual amount of water available. The average annual flow between 2011 and 2020 was 9.6 million acre-feet. Lake Mead, the largest U.S. reservoir is down 152 vertical feet. Lake Powell is approaching just 32 feet above an electricity-generating threshold known as the “minimum power pool.”

The bureau does though, have in place a Drought Contingency Plan that specifies water cuts if the river continues to decline. It is unclear when and if these mandatory cuts will be implemented. Under the Plan, the lower basin states will have less water: Arizona a 21% cut, Nevada 8%, and Mexico 7%. California would not experience cuts under the Plan – they hold “senior rights.”

The Plan may be forced upon the states as inaction and finger-pointing intensifies. The upper basin states did offer a five-point conservation plan minus any specific reductions and included compensation to farmers that decide to not grow on a portion of their land. “We have always said, really, success is dependent on what happens in the lower basin,” said Becky Mitchell, director of the Colorado Water Conservation Board. Furthering the impasse, Andy Mueller, general manager of the Colorado River District, stated that “It’s absurd to think we’re going to get our farmers and ranchers and cities to take economic hits if all it means is it continues to fill swimming pools in Phoenix.”

Water scarcity has already made some farmers decide not to plant. This year about 690,000 acres will be left fallow in California, to impact the supply of tomatoes, melons, rice and alfalfa. Up to 100,000 acres in Pinal County, Arizona will go unplanted. Stephen Roe Lewis, who heads the Gila River system in Arizona, places his heels in dry soil and finds others to blame, “we cannot continue to put the interests of all others above our own when no other parties seem committed to the common goal of a cooperative basin-wide agreement.”

The bureau risks lawsuits when and if they do step in and force water cuts. They don’t want to take that risk in the current political atmosphere. There is no assurance the agency would be on “solid legal footing” according to Rhett Larson, a water law professor at Arizona State University. The states are incented to negotiate before Lake Mead ceases to function or before the Contingency Plan expires in 2026. No deal will lead to a “Thunderdome” situation according to Mr. Larson, in which the states “sue each other into oblivion.”

As the data shows, even if precipitation picks up in the near future, there needs to be “significantly higher-than-normal precipitation and snowpack” just to achieve average flows due to the dry soils and increased evaporation. And demand keeps increasing. Most states, particularly the lower basin states, used more water than their allotted quotas and have been doing so for decades.

The U.S. primary source of vegetables comes from the Imperial District in California, an area that gets less than 4 inches of rain annually. Its productivity is solely due to the 5 feet of irrigation water per acre that is receives from the Colorado River. Their agreed upon share is the largest of all users at 2.6 million acre feet, an allotment almost equal to all of Arizona. When there are cuts, the Imperial Valley farms will be the last users to be left dry.

There will be some mitigation to lowered vegetable production from California and Arizona, as other regions of the country compensate with increased planting of those crops. Drought though, is impacting the Midwest and other areas that consumers depend upon. Shifting production will not be a sure thing.

When the bureau’s commissioner, Camille Calimlim Touton, recently made the announcement of the first ever Tier 2 water shortage, few understood what “dead pool” status means. When Lake Mead reaches “dead pool” no water can pass through the Hoover Dam. No electricity. No irrigation. No drinking water. At that point, the finger-pointing and academic calculations will amount to a tragedy, as will the lack of cooperation. 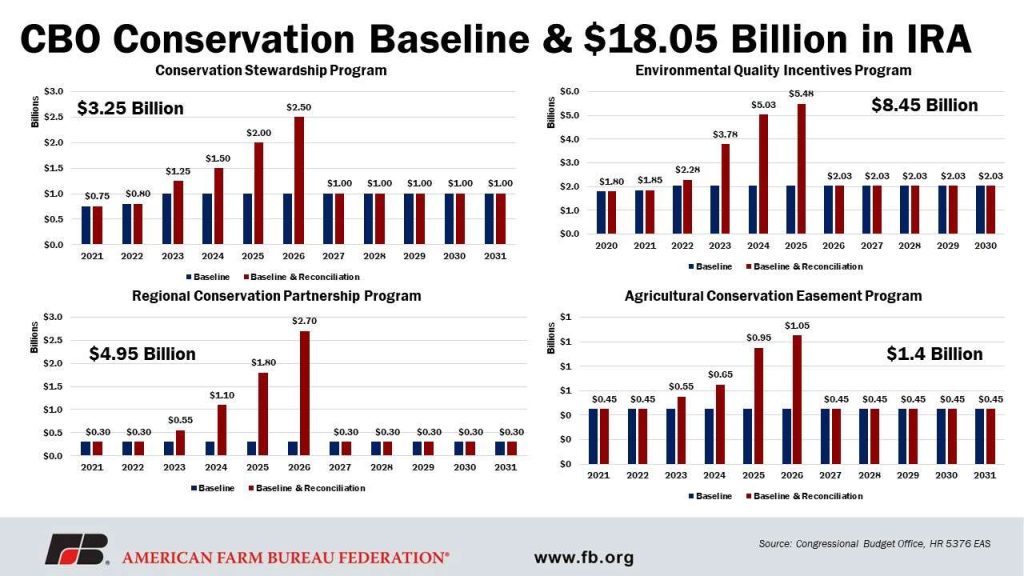 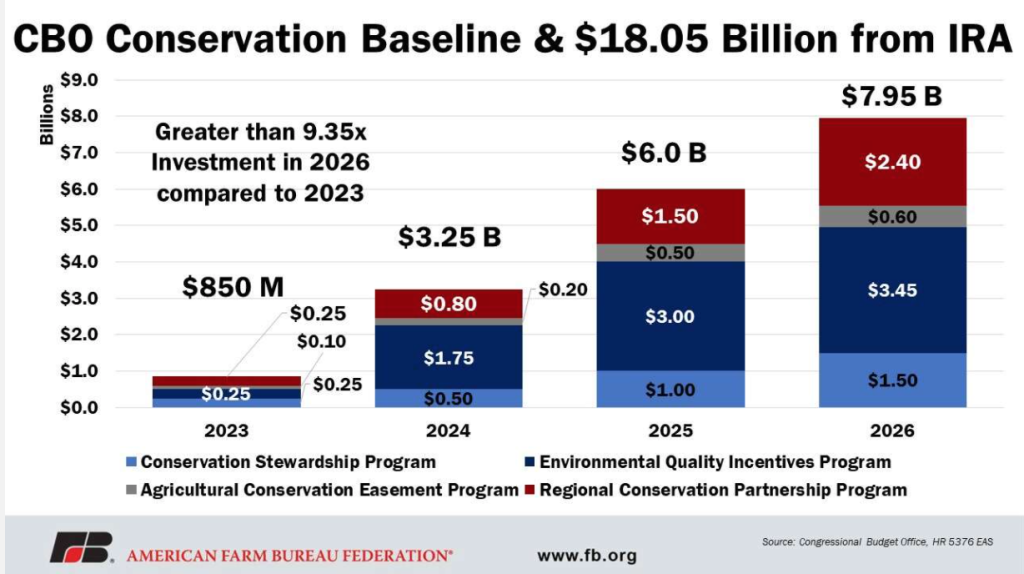 In terms of legislation aimed at this crisis, Congress passed the Inflation Reduction Act in which there is $20 billion for farmland conservation and $4 billion for drought relief in the West. The funding’s intent is to compensate farmers who will lose money from not planting crops due to the shortage of irrigation water.

The money will be paid out by the Bureau of Reclamation over 4 years. In addition, a wildfire and drought response bill authorizes $500 million so that states and other entities, can apply for grants “compensating users who volunteer to cut back their water use, drilling wells, lining canals to prevent water from seeping into the ground and increasing efficiency for hydropower production.”

Given the scale of the water shortage, its environmental causes, and an apparent disregard for ever-increasing water consumption, the prospect of serious remedies for the river itself and all life that depends upon it are quickly evaporating.

Political interests, particularly that of farmers who require irrigation water for their livelihoods are not about to change the system or their occupations. Some of the nation’s fastest growing metro areas are located in the desert and depend on the Colorado River water. The wisdom of that kind of “progress” will spell the end of those population centers or so the archeologists tell us.

Click or tap on resource URL to visit links where available

https://www.edf.org/ helps to preserve the natural systems on which all life depends. 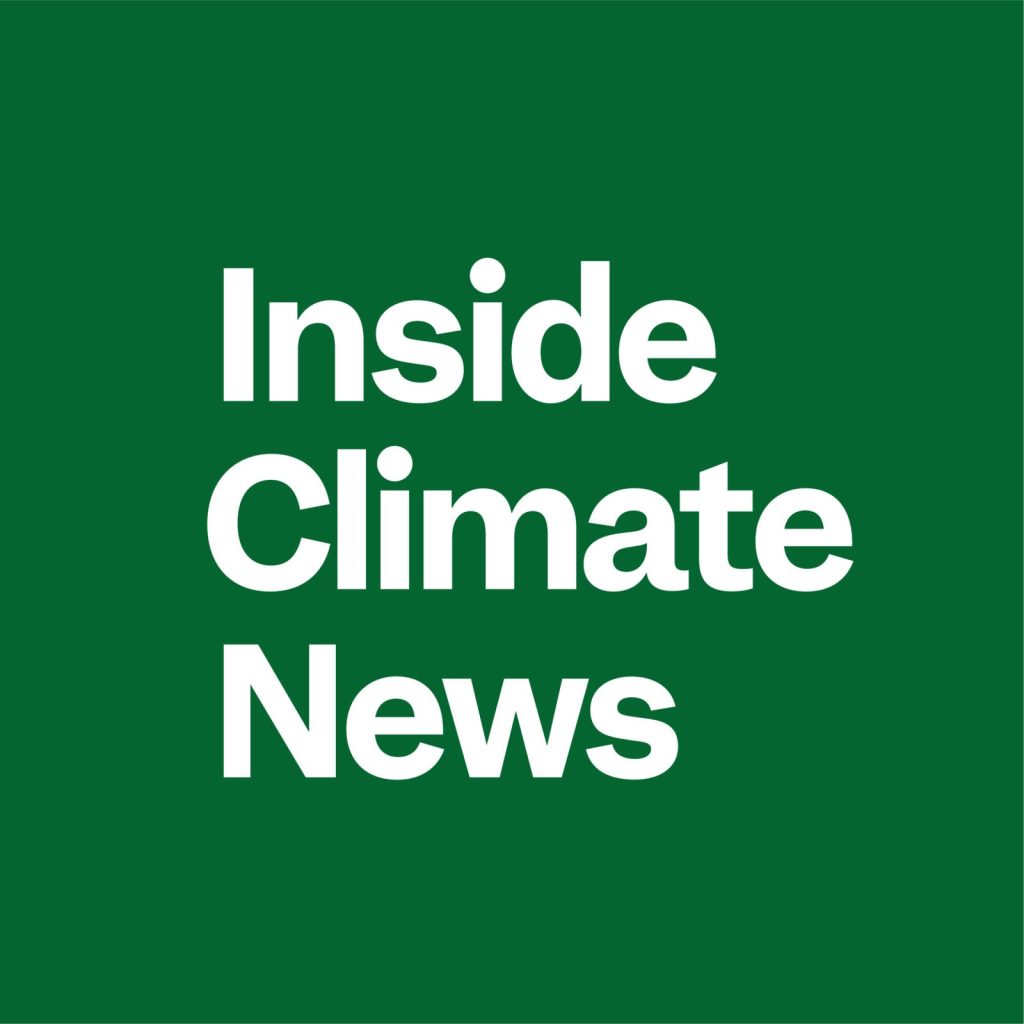 https://insideclimatenews.org/ provides essential reporting and analysis on climate change, energy and the environment, for the public and for decision makers.