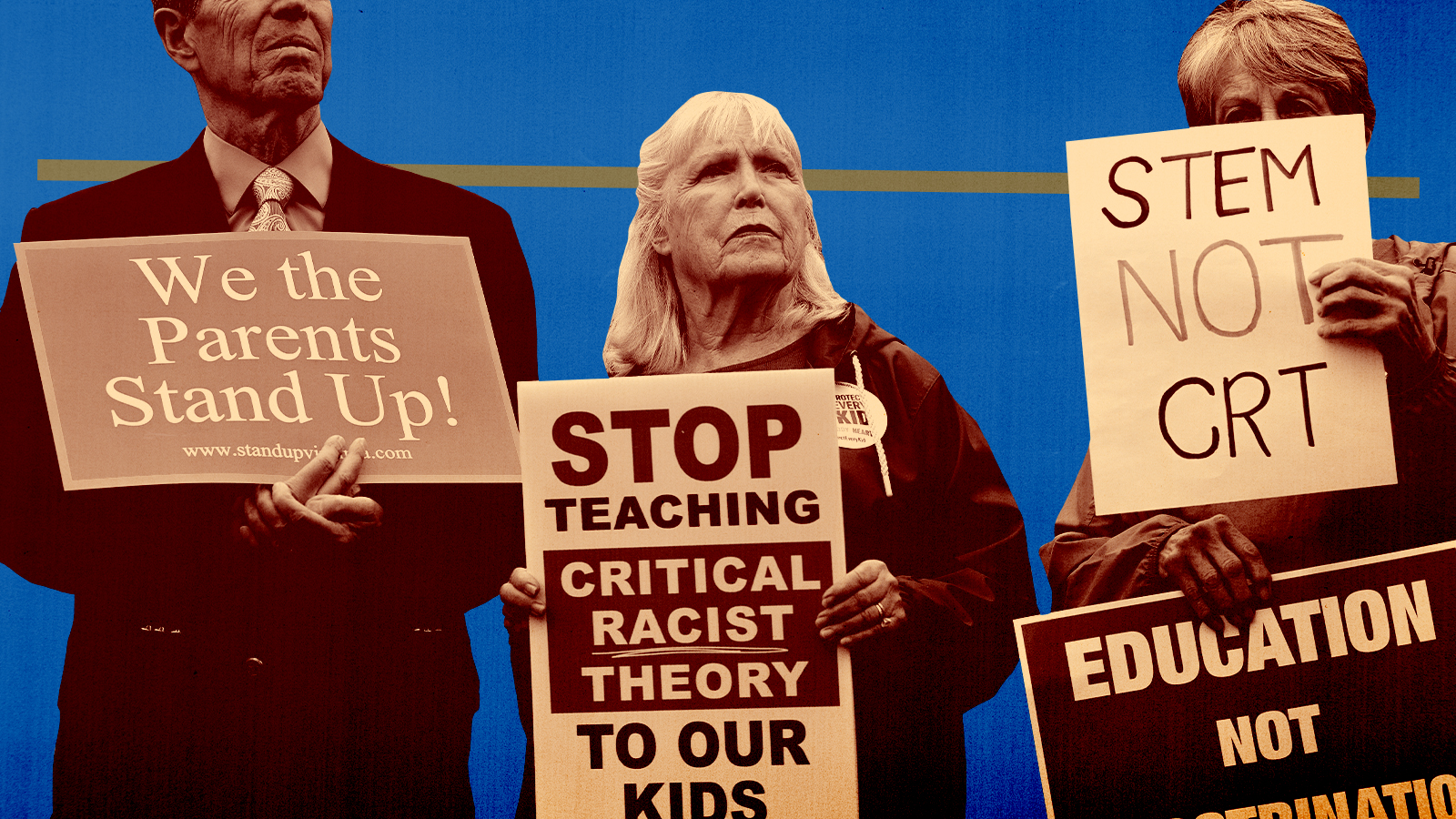 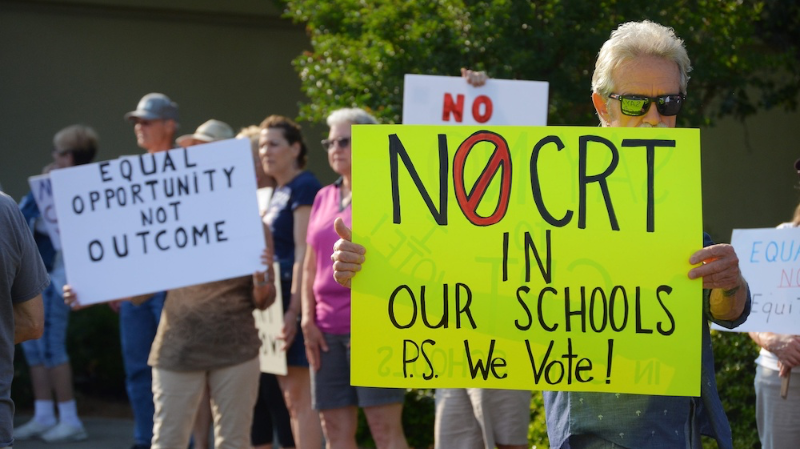 As millions of K-12 students head back to school in the coming weeks, many conservative lawmakers and anxious parents continue to rail against what they see as the dangers of teaching critical race theory, or CRT, in the classroom. But the reality is that myths and misinformation about CRT are based in fear and being perpetuated as a political tool.

In fact, most people don’t understand what CRT is, nor do they realize that proposals to ban its teaching are counter-intuitive since it is currently not being taught in the vast majority of social studies curricula.

While CRT has no universally accepted definition, its central premise is that race is a social construct. In other words, CRT maintains that racism is more than the aberrational result of prejudices and biases from individuals; instead, it is the idea that racism inherently exists in American institutions, systems and policies, thus continually fueling discrimination and creating an uneven playing field for minorities.

CRT actually began more than 40 years ago when Harvard Law School’s Derrick Bell and other scholars began exploring how race and racism affect society. They essentially concluded that racism is part of everyday life and that people of all races make choices that exacerbate racism, even when they don’t intend to be racist. Thus, the theory goes, racism has become embedded in the social justice system, in the housing industry, in education, etc. For example, CRT might be used in education to examine policies and practices that contribute to racially segregated schools, underfunding of majority-Black and Latino school districts, disproportionate disciplining of Black students, curricula that reinforce racist ideas, and other problems.

In short, CRT focuses on the outcomes of systemic racism and how they might be rectified, not merely the fact that some individuals are overtly racist.

Unfortunately, critics of CRT see it as a hate-mongering threat. They say white students, especially, will be demoralized by dividing races into “oppressed” and “oppressor” groups, and by teaching students that the United States was founded on racism and white privilege. Some also claim CRT encourages discrimination against white people in order for racial equity among racial groups to be achieved.

“Critical Race Theory teaches kids to hate our country and to hate each other,” Florida Gov. Ron DeSantis tweeted on June 10. “It is state-sanctioned racism and has no place in Florida schools.” 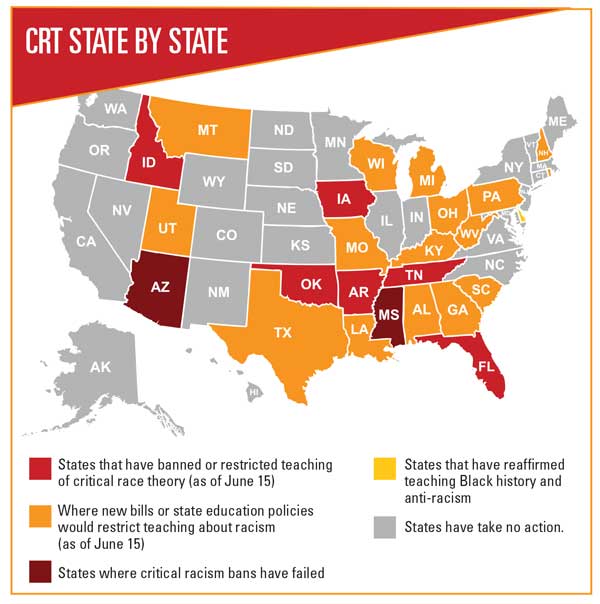 According to a recent poll by the advocacy group Parents Defending Education, “74 percent of the respondents said they were somewhat or strongly opposed to teaching students that white people are inherently privileged and black and other people of color are inherently oppressed” and “69 percent opposed schools teaching that America was founded on racism and is structurally racist.”

Yet, for the most part, the term “critical race theory” is nowhere to be found in K-12 schools; it’s an academic concept that most often is introduced at the college or post graduate level. However, some CRT principles are used in diversity, equity and inclusion (DEI) training for teachers, such as the concept of white privilege.

So why is the furor over CRT rising now? The murder of George Floyd by a white Minneapolis police officer in the summer of 2020 not only ignited waves of national Black Lives Matter protests, it also prompted American businesses and institutions to deeply self-reflect on matters of race and racism.

Schools were not immune from the revolution and began to search for more ways to teach about the legacy of slavery. Some districts introduced the New York Times Magazine’s “1619 Project” curriculum. The 1619 Project is a controversial series of essays and articles that “reframes” America’s “history by placing the consequences of slavery and the contributions of black Americans at the very center of our national narrative”, according to the magazine’s description.

Many point to conservative activist Christopher Rufo for creating the national CRT debate. Rufo, who has promoted his ideas on Fox News, cites diversity trainings and other anti-bias programs as critical race theory. His examples struck a chord with former President Donald Trump, who signed an executive order in September of 2020 prohibiting diversity training and critical race theory. (President Biden later rescinded the order upon taking office.) 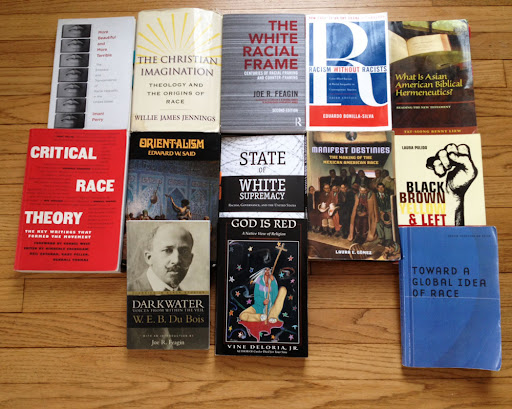 Several GOP state leaders have followed Trump’s lead. The issue has become another culture war battle, especially with many Americans not fully understanding what CRT means. So far, more than 10 Republican-controlled states have taken action to ban the teaching of CRT in schools. Yet not all CRT opponents are conservative or white.

“Liberalism assumes that we are all individuals, capable of reasoning with each other as equals,” said political commentator Andrew Sullivan, whereas CRT assumes that “we are mere representatives of racial constructs which are part of a permanent struggle between the oppressors (white) and oppressed (non-white)”.

The anti-CRT bills are vague, and CRT proponents worry that if they become law teachers might self-censor their own lessons about race. Questions surrounding the constitutionality of the new bills and whether they restrict free speech also exist.

“The efforts to ban critical theories, just like other attempts at censorship, undermine one of the primary purposes of education: teaching students how to think for themselves.” 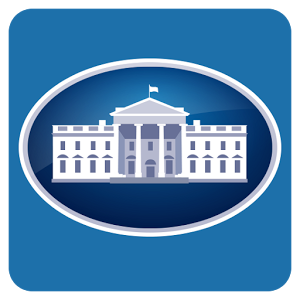 Statement by AALS on Efforts to Ban the Use or Teaching of Critical Race Theory: