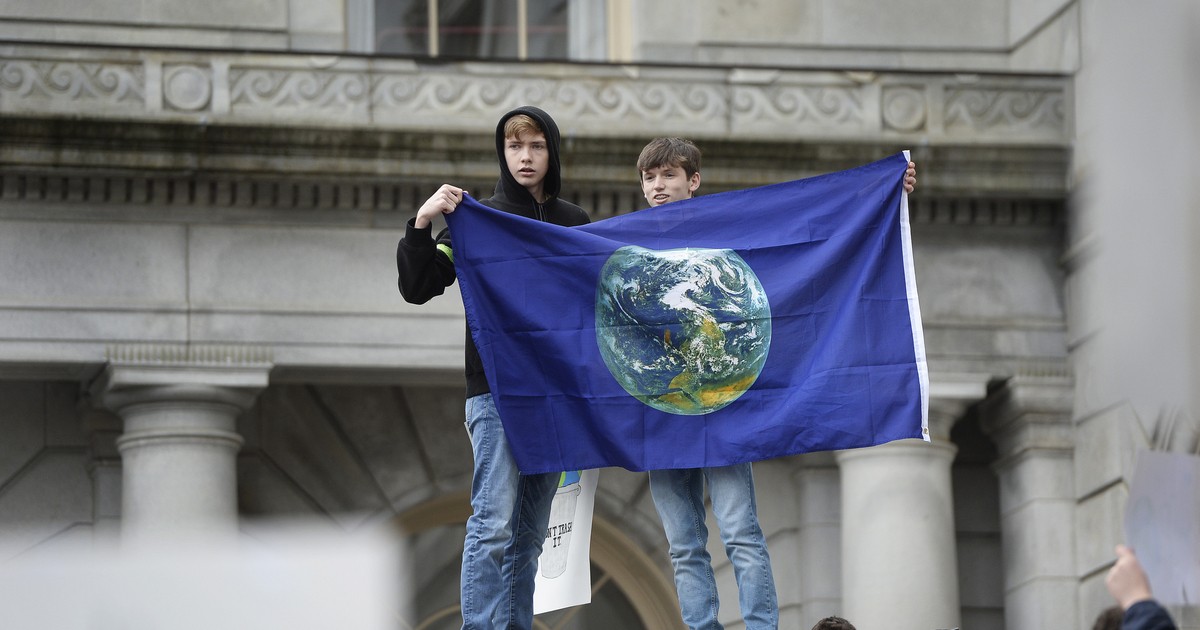 Last month the Governor of Maine, Janet Mills, signed into law a bill forbidding any state pension funds or other public savings funds from making new investments in stocks or securities of the 200 largest publicly traded fossil fuel companies. The new law requires the state treasurer and the board of trustees of the Maine Public Employees Retirement System, known as MainePERS, to review current investments and divest all holdings in coal, oil, and gas companies. MainePERS manages a $16.5 billion public employee retirement fund, 7.7% (about $1.3 billion) of which was invested in fossil fuel companies in 2020, according to documents filed with the legislature. The law also includes divestment from the state treasury’s cash pool and trust funds.

The governor’s action makes Maine the first state in the country to commit to fossil fuel divestment through legislation. In 2015, Connecticut and Vermont considered divestment bills, but neither state passed the measures into law. New York City has adopted similar legislation on a local level and most recently, New York State committed to divesting its $225 billion retirement fund from fossil fuels.

Currently Maine does not produce fossil fuels and is not a large consumer of them. According to the U.S. Energy Information Administration (EIA), about four-fifths of the state’s electricity net generation came from renewable sources in 2019. Natural gas-fired power plants fueled less than one-sixth of generation in 2019, its smallest share in at least two decades, according to EIA.

A major concern, and perhaps why states like Rhode Island, Connecticut, and Vermont have failed to pass similar legislation, is that divesting in fossil fuels could potentially mean lower earnings for the investment portfolio, and thus a smaller return for public employees’ retirement pensions. This concern may be justified by findings from the EIA that reports fossil fuel use is growing in the United States and around the globe:

However, EIA reports also show that despite an estimated global increase in fossil fuel consumption from May 2020 to May 2021, that level of consumption is still about 3.7 million b/d less than in May 2019. 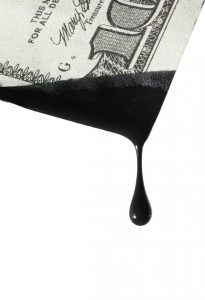 The question is, if fossil fuel consumption is expected to grow, how long will that growth last? Moves by major companies in the automotive industry and by the Federal and State governments to shift away from fossil fuels in an effort to meet greenhouse gas reduction goals by 2030 and 2050, indicate a trend favoring the clean and renewable energy industry. Pension fund and other public investments in fossil fuels could prove to be less fruitful in the long term, particularly for states already suffering from the economic impacts of climate change.

Richard Brooks, climate finance director at Stand.earth, an environmental group that uses a strategy known as “markets campaigning” to hold irresponsible natural resource extractors and the companies that source from them accountable for their actions, and which advocated for the new Maine law, said more pension funds should divest. “It is past time for every other public pension to address the mounting climate risk in their portfolios by holding onto fossil fuel investments,” Brooks said. “These are a ticking time bomb and fiduciaries must act.”

Not everyone feels the same as Brooks, however. MainePERS opposed the new law, and in testimony delivered to the legislature in February, executive director Sandy Matheson said divestment would have “no impact” on carbon emitters. “The only real impact making a statement of principle might have is to create a newspaper headline which in turn might further elevate the discussion around climate change,” Matheson said at the time. 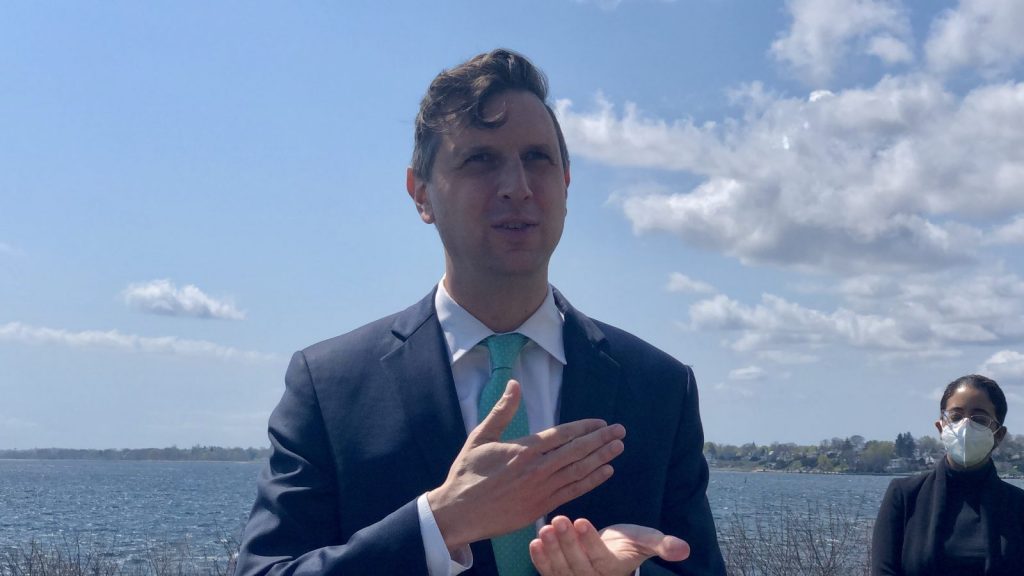 But perhaps that is just the point. Elevating the discussion around climate change and encouraging other states to act through similar legislation represents another angle by which to collectively shift the nations focus away from traditional energy sources and towards a more sustainable future, not just for the planet, but for all our bank accounts as well. Even Matheson says the new law will not result in less money for public employee pensions. “We won’t be taking any actions that would result in a loss to the plan or achieve below expected earnings.”

One of the bill’s key provisions requires that any investment actions must be in accordance with sound investment criteria and consistent with the fund’s fiduciary obligations. “We have not developed a plan at this point,” says Matheson, “but any plan that we do develop has to put the financial interests of our members first.”

Though Matheson says the move is more symbolic than it is impactful, other states have been looking to do the same, including California, New York, Minnesota, Massachusetts, Connecticut, Vermont, and Rhode Island. “It’s beginning to look like there’s kind of a groundswell,” says Brooks. “It’s a snowball effect. That snowball is accumulating speed and size as it’s rolling down the hill.”

In Rhode Island, General Treasurer Seth Magaziner announced in April that the state’s pension fund reduced its investments in oil and gas by 50 percent. He predicted that the state would be fully divested by 2030, even though there is no mandate from the state legislature to do so.

In Massachusetts, Deb Pasternak, the Sierra Club’s Massachusetts director, said, “Maine legislators deserve enormous praise for this visionary and deeply responsible piece of legislation. Massachusetts should follow suit.” Pasternak added, “Pension funds, which are fundamentally about the long term, should divest from the greatest threat posed to our collective future. Let’s hope this inspires more action here in Massachusetts, in New England, and across the entire country.”

Maine state Senator Cathy Breen, said of the new law, “We want to make sure that [the pension] fund is healthy and it’s going to be sustainable for generations to come. But we also have an obligation to the planet and to the next generation of people who are going to be managing all of the climate change impacts.” 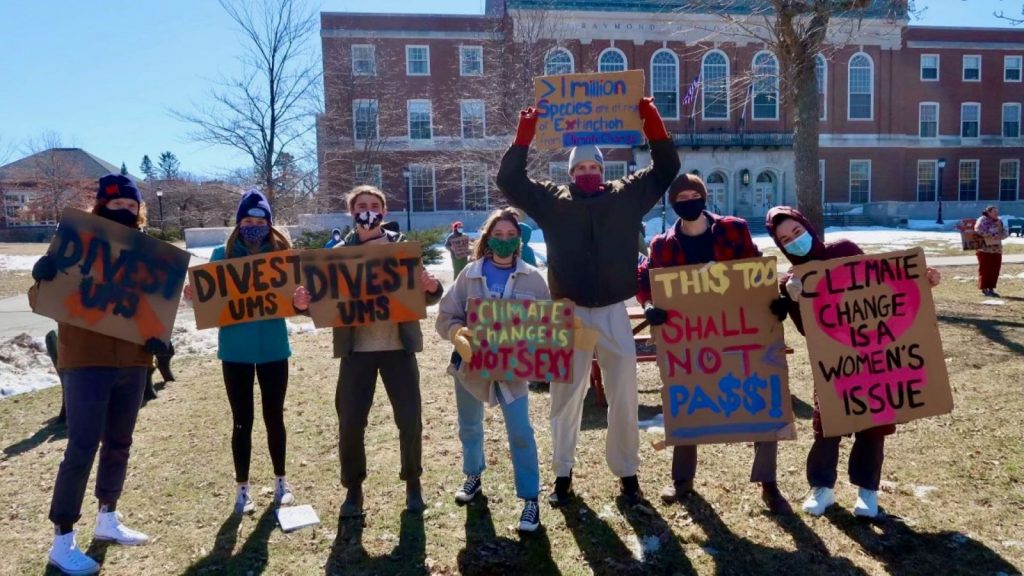 Photo taken from: The Maine Monitor

The original bill was sponsored by Democratic Rep. Maggie O’Neil of Saco, Maine and was backed by State Treasurer Henry Beck, local environmental group Maine Youth for Climate Justice, and other environmental advocacy organizations who say that it is “past time for public pensions and others to address the mounting climate risk by dropping fossil fuel investments from their portfolios.”

When asked why she believes the new law is so important despite claims that Maine’s divestment will have no impact on the fossil fuel industry, Representative O’Neil told me, that argument just does not hold weight. O’Neil says, “The movement to divest from fossil fuels is having an impact in the aggregate: To date, more than 1,325 institutions representing more than $14.5 trillion in assets have committed to divest from fossil fuels, including governments, philanthropic organizations, universities, non-profits, faith-based organizations, and national and state pension funds. Maine and the states that follow us will protect our future by pushing the divestment movement forward.”

O’Neil pointed to an annual report from Shell, which admits the divestment movement is having an impact on their business model and if the mounting pressure on investors from these campaigns continues, “it could have a material adverse effect on the price of our securities and our ability to access equity capital markets.” O’Neil also notes that “For many years, fossil fuel holdings provided returns for retirement savings, but times have changed. In fact, independent analysis shows that if MainePERS had divested from fossil fuels in 2014, when similar legislation was first proposed, the retirement fund would have avoided hundreds of millions of dollars in losses and could have instead achieved roughly $1 billion in additional gains.” O’Neil referenced a recent news release that Maine’s retirement system “lost around $30 million via a private equity fund that backed a risky oil refinery in the Virgin Islands that had been closed by the EPA.”

O’Neil explains that this demonstrates the risks of investing in the fossil fuel industry, and “As we transition to a reduced carbon economy, companies that are unable – or unwilling – to get out of risky fossil fuel production will lose value, making them a poor long-term investment. … Beyond ethical and environmental responsibilities, fossil fuel divestment fulfils the fiduciary responsibility to public employees who participate in the retirement system.” O’Neil says, “Maine, the United States, and the rest of the world have all made commitments to reduce greenhouse gas emissions. Meeting those commitments requires a significant reduction in fossil fuel consumption, and almost certainly will have negative impacts on the stock performance of companies involved.”

Stand (Stand.earth) – Stand was created to challenge corporations and governments to treat people and the environment with respect, because our lives depend on it. Over the years, Stand’s work and approach has evolved from a dedicated focus on forest protection to taking on some of the root causes of climate change and environmental injustice. Join Stand in their efforts to protect our communities, climate and environment from the risks associated with outdated, climate-polluting energy. 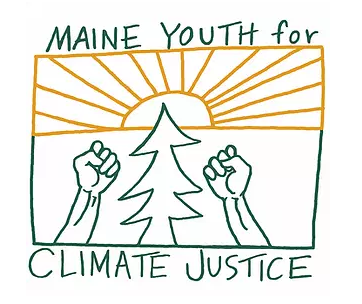 Maine Youth for Climate Justice (MYCJ (wixsite.com)) – Maine Youth for Climate Justice (MYCJ) is a coalition of over 250 youth from all over Maine who fight for bold climate action, a just transition, and a livable future in Maine. MYCJ was founded by various high school and college groups, Maine Youth Action Network, and 350 Maine’s Youth Engagement team in February 2019. MYCJ is open to anyone under the age of 30 who is interested in engaging at the local or state level about climate justice issues.

Sierra Club Maine (Sierra Club Maine) – Founded in 1892, the Sierra Club is the oldest and largest environmental advocacy organization in North America. Their mission is to explore, enjoy and protect the planet. That includes divesting from fossil fuels.

Buckley, A. (2021, June 25). All pension funds in Maine must now divest from fossil fuels: The Optimist Daily. The Optimist Daily: Making Solutions the News |. https://www.optimistdaily.com/2021/06/all-pension-funds-in-maine-must-now-divest-from-fossil-fuels/.