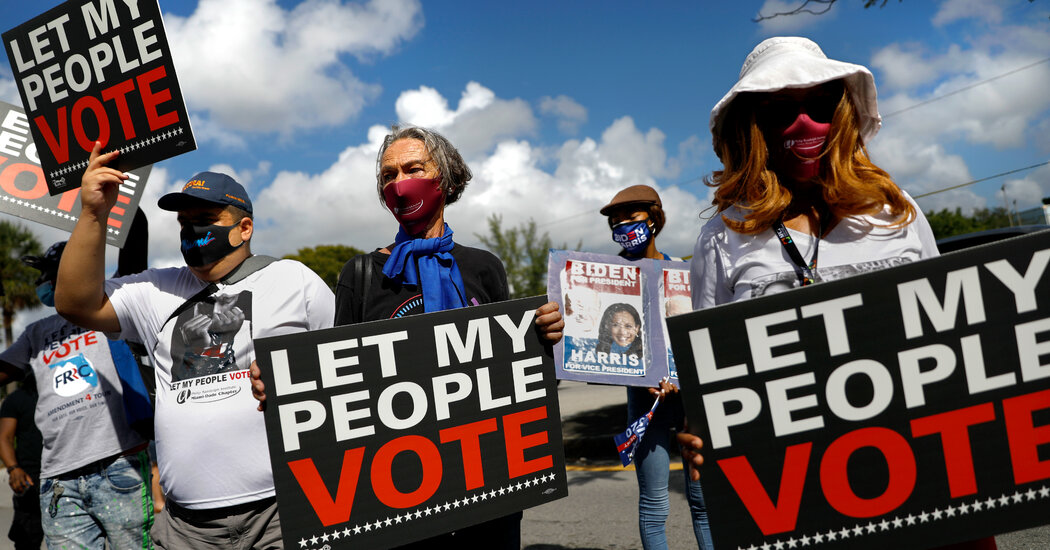 On June 22, 2021 the United States Senate held a procedural vote on the floor of the Senate to determine if the For The People Act would be brought to the floor for a debate on the merits of the bill. The For The People Act is the massive 800 page voting rights bill already passed by the House of Representatives that would bring wholesale changes and minimum standards to voting laws in federal elections. The bill introduces minimum voting standards for vote by mail and automatic registration systems (ARS), additional restrictions on congressional redistricting and a wave of new campaign finance rules, among other changes. The bill was blocked from debate in the chamber due to the use of the filibuster by Senate Republicans. The procedural vote taken would have ended the filibuster had 60 senators voted for it but the vote to end the filibuster resulted in a 50 – 50 split with all senators voting along party lines. LEARN MORE, LEARN MORE

With the vote in the Senate coming to a 50 – 50 tie there was a misconception that the For The People Act was voted down in the Senate. But that was not the case. The procedural vote was only to end the Republican filibuster and decide if the bill should be debated on the floor of the Senate. The Senate needed 60 votes and did not come close to reaching that threshold.

While there was disappointment that Senate Republicans did not even want to debate the merits of the bill on the chamber floor, the actions of Sen. Joe Manchin (D-WV) gave hope that even some reforms might be agreed to in the near future in a bipartisan deal. In a draft compromise circulated by Sen. Manchin he identified voting reforms he would support and push to be added to future bills which reflect some, but not all, of the reforms included in the For The People Act as well as some new proposals. He offered making Election Day a public holiday, a mandatory two weeks of early voting, a ban on partisan gerrymandering and what alternative forms of ID a voter could use. He also requested more clarity on some of the definitions and provisions in the John Lewis Voting Rights Act (such as determining when a voting rights violation has occurred and how to exit pre-clearance). This indicates that he would be open to supporting the bill. And it also indicates that there might be some voting reforms which could be palatable to some Republicans and which would have a better chance to garner support on their own rather than as a part of a large 800 page bill.

Sen. Manchin’s work at trying to find some common ground for a bipartisanship voter reform bill though has hit a roadblock as some civil rights group have come out in opposition to his compromise proposals. Just recently, the NAACP Legal Defense and Education Fund released a statement detailing why they were opposed to the items in the Manchin Compromise. It is another illustration at how hard it can be to craft a voting reform bill that all sides and all groups can support. But voting reform does not have to be an all or nothing proposition. Sen. Manchin’s efforts have shown that a small number of Senators are willing to support separate voting issues, such as Sen. Murkowski’s support for the John Lewis Voting Rights Act and Maine Sens. Susan Collins and Angus King’s support for new campaign finance rules. There clearly is some support for some kind of bipartisan deal but on a smaller scale. If a breakthrough is to come it appears it may come not with a large “one – size fits every state” approach, which is the basis of Republican opposition to voting reform, but in a more measured approach that allows Senators to support voter reform proposals one or two at a time. This might be the best way forward at the moment and one to monitor as Senators continue to work out a deal this congressional session. Not all of the reforms introduced in the For The People Act may be included in a subsequent bill but finding common ground and passing even a smaller number of voting reforms now is better than passing no reforms at all. LEARN MORE, LEARN MORE