The American Jobs Plan: A Spotlight on Airport Infrastructure 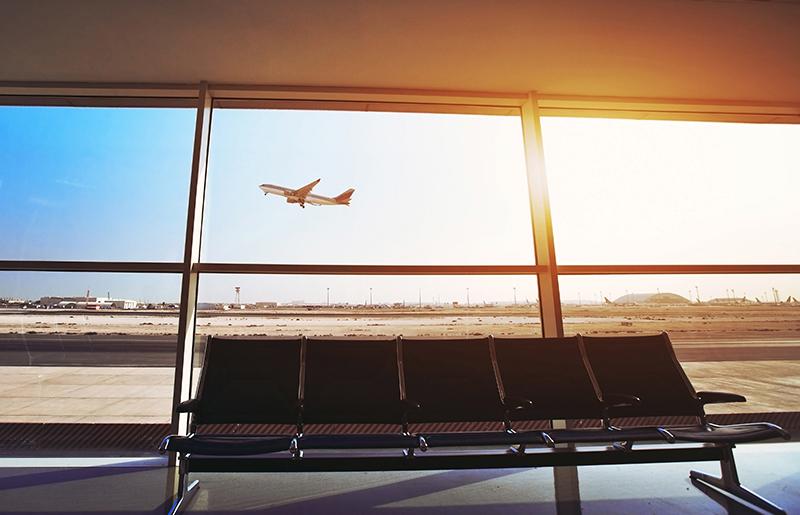 The American Jobs Plan: A Spotlight on Airport Infrastructure

President Biden’s American Jobs Plan (AJP) proposes $621 billion for improvements to transportation infrastructure with a specific focus on using green energy wherever possible. In the event that the bill passes without radical augmentation,

One component of the plan that has received  broad bipartisan support is the money set aside for airport improvements. The Biden plan allocates $25 billion, and the Republican proposal actually surpasses that number to reach $44 billion. Although not a politically inflammatory point, upgrading America’s airports is by no means an easy task. The AJP envisions using  funds to support terminal renovations, increased funding for  the Federal Aviation Administration and the Airport Improvement Program—a grant program for public-use airports. There are also gestures towards “multimodal connections for affordable, convenient, car-free access to air travel,” which aligns with much of the Biden Administration’s clean energy goals.

The plan for airports as laid out in the AJP lacks much in the way of detail. In fairness, the entire AJP is more of a general road map of proposed projects rather than a granular blueprint for achieving them. Thus, the single paragraph devoted towards ports, waterways and airports amounts to a vague but promising beginning. If the AJP proceeds, it’s imaginable that America’s airports will slowly be revamped.

The average U.S. airport is approximately 40 years old. If there’s something that Biden and Donald Trump can agree on with shocking specificity, it’s that certain airports need immediate upgrades. In 2011, Trump told CNN that New York’s LaGuardia Airport is “like a Third World airport, ” and Biden echoed this sentiment in 2014, stating that LaGuardia feels like “some Third World country.” One takeaway here is that U.S. presidents are too flippant when using the term ‘Third World’ in a derogatory context; but more to the point, crumbling airport infrastructure has been a subject of discussion for years now.   Giving airports the attention they need is not easy, since development is usually up to local governments. Thus, if the AJP passes with $25 billion earmarked for the cause, real changes could make flying easier and more environmentally friendly.

The pandemic decreased airport travel by 62% from 2019 to 2020 and severely reduced airport revenues. According to The Airports Council International of North America (ACI-NA)—the most vocal organization of airport owners and operators—airports in the U.S. have a backlog of $115 billion in planned infrastructure projects.

While most U.S. airports are government owned and operated, recent years have seen more private funding for expensive projects. LaGuardia’s ongoing $8 billion makeover is partly funded by Delta Air Lines and a private organization created by New York State Governor Cuomo and the Port Authority of New York called ‘LaGuardia Gateway Partners.’ With the absence of private funding sources, some airport organizations such as the ACI-NA have attempted to lobby Congress to increase passenger fees beyond the current $4.50 per flight. Other interests, such as consumer groups and some airlines, have argued that revenues can be gathered from on-site sources like restaurants and stores. The $25 billion injection from the AJP will hopefully relieve this burden of choice and simplify the financing portion of things.

It’s possible that one day, America’s airports won’t be the subject of scorn, not for purposes of nationalistic hubris, but rather for the purely practical reason of expediting travel.

Let your senators know that passing the AJP is important to you.

Learn more about the ACI-NA and its advocacy for airport infrastructure funding.