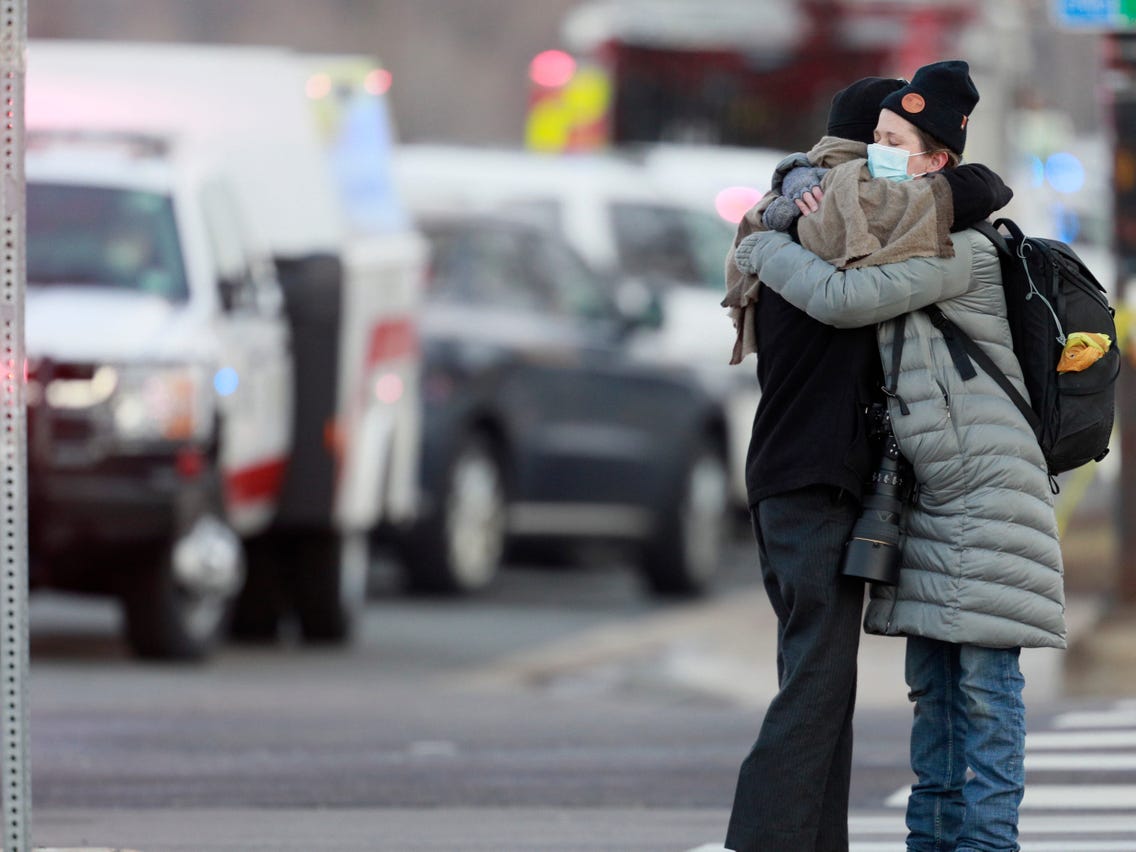 You know the United States is emerging from the COVID-19 pandemic when the pace of mass shootings gets back to “normal.” As of June 2nd, there were 244 mass shootings in the U.S. this year. That’s one to two per day. The place and time of the next of these horrific acts is unknown, but that one will happen is a certainty. Then another, and another. One consequence of the number of mass shootings in the U.S. is that we possess data related to the crimes, which show a correlation between mass shooters and domestic violence. A majority of the men who commit mass shootings (and men commit at least 97% of them) also have a history of domestic violence. That knowledge, along with sensible, fully-enforced gun control measures, could help stem the epidemic of mass shootings that blights our society, and save the lives of women threatened by intimate partner violence.

Early in the morning of May 26th, as workers at the Santa Clara Valley Transportation Authority light rail hub prepared trains for the morning commute, employee Samuel Cassidy, 57, arrived and within an hour embarked on a shooting rampage, killing nine of his coworkers before taking his own life. He had three pistols with him, as many as 32 magazines, at least some of which were illegal in California, and dozens more guns at home. The guns he used were all registered and purchased legally.

Cecilia Nelms, Cassidy’s ex-wife, told the New York Times that he said of his coworkers several times, “I wish I could kill them.” Nelms and Cassidy divorced in 2004 after 10 years of marriage, during which time Cassidy became increasingly given to fits of rage and uncontrollable anger with her. In 2009, Samuel Cassidy sought a restraining order against an ex-girlfriend. In her court filing rebutting his accusations, the ex-girlfriend detailed occasions when Cassidy raped her and other times when he attempted to do so. She described episodes of his alcohol-fueled mood swings and violent rages.

“The nexus between firearms violence and domestic violence is a particularly lethal one,” Julia Weber of the Giffords Law Center and an expert on domestic violence policy, said on the Democracy Now! news hour. “We have over a million women alive today in the United States who have been shot or shot at by male partners. We have 600 women a year, at least, who are killed by their intimate partners as a result of firearms violence. That’s one about every 14 hours or so.”

Giffords is the gun violence prevention organization co-founded by former Congresswoman Gabby Giffords, who was shot in the head in Tucson while meeting constituents in a shopping center parking lot on January 8th, 2011. She survived, with brain injuries that she continuously works to overcome. Six people were killed by the mass shooter that day, and twelve were injured.

Julia Weber described some of the actions that would help stop perpetrators of domestic violence from committing acts of mass violence: “Getting the firearms from someone who currently owns firearms and becomes prohibited. Ensuring that we have universal background checks, so that if someone who is prohibited attempts to purchase firearms or ammunition, they would be denied. We also need to do a much better job addressing misogyny and domestic violence from the start — recognizing that there’s real harm that occurs as a result of gender bias.”

A recent study from researchers at the University of Indianapolis found that “[m]ale abusers with guns who take the lives of their intimate partners are much more likely to take the lives of others at the same time.” The study also summarized earlier findings that “the presence of a firearm in the home has been shown to increase the risk of death in domestic violence situations as much as five-fold.”

The COVID-19 pandemic trapped countless women at home with their abusers, sparking increased calls to domestic abuse hotlines. There was also a surge in gun purchases. Small Arms Analytics reported that, in a country already awash with over 300 million guns, more than 26 million guns were sold in the U.S. in 2020.

Two necessary steps to stop mass shootings is to deny men who beat and abuse women at home the freedom they currently enjoy to buy and own guns, and to take violence against women seriously, strengthening the laws and institutions that protect them from their abusers.

Denis Moynihan is a writer and radio producer who writes a weekly column with Democracy Now’s Amy Goodman.