Do We Need a Domestic Terrorism Law? 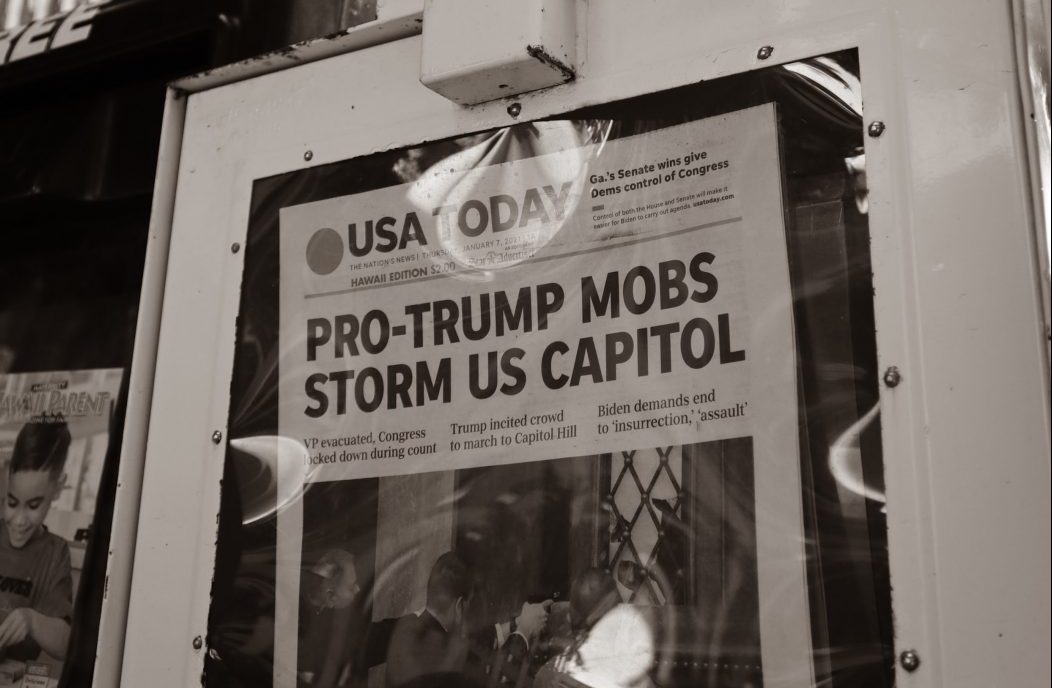 Do We Need a Domestic Terrorism Law?

President Joe Biden said that among his first priorities in office will be to pass a domestic terrorism law.

Renewed interest in anti-terrorism legislation comes after frenzied attendees from President Donald Trump’s January 6 rally in Washington DC, rioted at the Capitol while Congress was confirming the electoral votes from last November’s election. The insurrectionist crowd breached the capital, with so-called protesters breaking into legislators’ offices and ransacking the building.

Federal agents have since arrested dozens in the days after the riot. Charges against those arrested range from disorderly conduct and violent entry to making interstate threats and illegal possession of firearms. None have been charged with domestic terrorism. In fact the perpetrators of the 2013 Boston Marathon Bombing as well as any of the suspects in the string of politically-motivated mass shootings from the last decade were not  charged with domestic terrorism, because it is not technically a separate offense.

Rather than a specific crime, domestic terrorism as a legal definition is a designation that allows enhanced investigation and surveillance measures of crimes such as murder, mass destruction and kidnapping. The USA PATRIOT Act of 2001 expanded the definition of terrorism to include domestic offenses, such as the violent crimes listed above.

President Biden co-authored the Omnibus Counterterrorism Act of 1995 which was intended to increase the federal government’s ability to prosecute international terrorism. The bill died before it could be voted on amid concerns from civil liberties groups. Key portions of that bill were later included in the USA PATRIOT Act of 2001. Biden bragged to the New Republic in 2001 that the then-pending USA PATRIOT Act borrowed from his own legislative work, so he already had experience on the issue even before he spent 8 years as vice president.

U.S. rep. Adam Schiff introduced legislation in 2019 that would have made domestic terrorism a specific crime. The law would have established domestic terrorism as a separate criminal charge for offenses that already carried stiff federal consequences. The new crimes would require prosecutors to prove political intent behind violent crimes, and those charges would have to be personally approved by the Attorney General or an acting equivalent.

Schiff’s bill failed to pass Congress – again, amid concerns from civil liberties groups. A report from the John Brennan Center for Justice criticized existing anti-terrorism laws, along with any new proposed terrorism laws, based on concerns over selective enforcement. For example, following the 9/11 terrorist attacks, the Justice Department primarily targeted Muslims and Muslim organizations. Later the Justice Department focused its anti-terrorism efforts on animal rights, peace and social justice activism. Meanwhile, the Department of Justice has failed to identify white supremacist mass shootings in Charleston, Pittsburgh and El Paso between 2015 and 2019 as acts of domestic terrorism.

Even if a version of Schiff’s bill were to be passed, it would have to be applied retro-actively against the rioters who forced their way into the Capitol. As it stands, the various participants that have already been arrested face sedition charges on top of trespassing, assault, destruction, theft or which ever other crime they committed in the Capitol.

Biden could also face opposition from members of his own party on the issue of domestic terrorism. US rep. Rashida Tlaib released an open letter, that was signed by nine other members of congress, pledging to oppose any expansion of “domestic national security or surveillance powers.” The legislatures cited COINTELPRO, a now-defunct FBI program that targeted civil rights and anti-war activism in the 1960s and 1970s, and the modern targeting of Black Lives Matter activists, among the federal government’s past abuses of authority.

“The Justice Department has a history of minimizing far-right violence while aggressively targeting minority activists and far-left protest movements,” said the report. Historically, this has been the case in the United States, as evidenced by the results of the Church Commission

Following the Watergate scandal, Democrats created a congressional committee, chaired in the House by rep. Frank Church, to investigate intelligence gathering agencies that spied on protest movements during the 1960s and 1970s. The Church Committee, which started its work in 1975, found that the CIA and the FBI had used mass wiretapping with the latter group starting a program called COINTELPRO (Counter Intelligence Program) that infiltrated and disrupted numerous political organizations. The covert work originally targeted the Ku Klux Klan, after three civil rights workers disappeared in Mississippi in 1964.  A few years later the FBI switched its attention to the rising civil rights and black nationalist  movements as well as anti-war activists and the New Left, as detailed in the Committee’s report on Intelligence of Activities and The Rights of America.

“It has demonstrated that intelligence activities have not generally been governed and controlled in accord with the fundamental principles of our constitutional system of government,” wrote Church in the report’s preface.

For example, environmentalists Eric McDavid, Lauren Weiner and Zachary Jenson were all arrested for an alleged plot to damage or destroy the Nimbus Dam in California after a federal informant using the name “Anna,” seduced McDavid and coerced the trio to attempt the destructive scheme.  Such instances will likely be brought up again by those who are wary of expanded anti-terrorism powers for the federal government.

“While we are not necessarily opposed to reforms to address the law enforcement and intelligence communities’ inability or unwillingness to seriously confront domestic white nationalist violence, we firmly believe that the national security and surveillance powers of the U.S. government are already too broad, undefined, and unaccountable to the people,” wrote Tlaib.