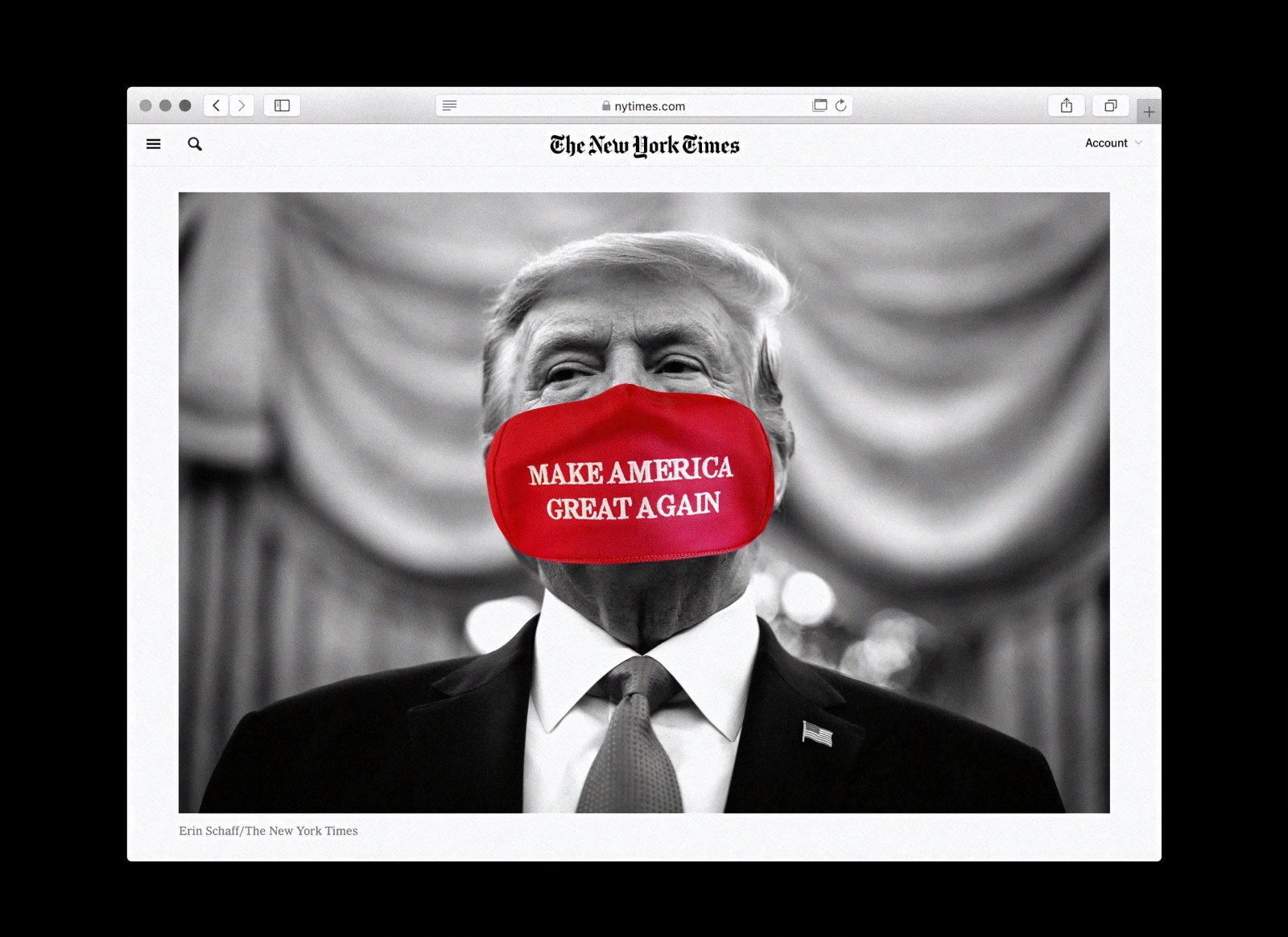 Trump’s incumbent advantages, money and the power of the presidency, are losing their strength as his mistakes pile up and former supporters turn their backs. Four months before election day, Trump is trailing Biden in almost every poll nationally, and in key swing states. And while Biden’s team out-raised Trump’s in the past two quarters, the President’s reelection campaign believes its cash-on-hand edge and hiring head start puts him ahead with voters.

Joe Biden has surpassed President Trump in fundraising over the past two months, without hosting any in person events. Jointly with the Democratic National Committee, $282 million was raised for the presumptive democratic nominee’s campaign. Compared to the $266 million that Trump and the Republican National Committee raised in the same period.

While Biden has transitioned his campaign to the virtual realm with online operations to avoid the risks of courting voters in person, Trump’s reelection campaign hasn’t let the ongoing pandemic stop him from hosting in-person events. His first campaign rally was held in Tulsa, Oklahoma despite recommendations from health experts against an indoor event where masks and social distancing were not required. The turnout was significantly less than expected as the stadium was not close to full capacity. Two weeks later, reports of an uptick of covid cases in Tulsa county were attributed to the rally.

A recent national poll shows Biden leading by 15%, while last month the same poll showed Trump behind by 8% only. Polls coming out of Texas reveal that it stands to become a swing state this election with Trump at 46%, and Biden polling at 45% approval . The presumptive Democratic nominee  has an edge in five swing states- Arizona, Florida, Michigan, Pennsylvania and Wisconsin.

The president’s poll numbers on his handling of the coronavirus and civil unrest regarding racial injustice are also significantly low. With these two dominant issues confronting the nation, Americans are viewing the president’s response as insufficient and detrimental to the crises at hand.

As the country sees rises in coronavirus cases in 39 states, the President’s lack of response and denial of the severity of the crisis is costing him supporters, and American lives. After months of refusal to wear a mask, Trump finally wore one (for a day during a visit to an army hospital) after more than 140,000 Americans have died from the virus.

Even as the majority of Americans report not wanting Trump for a second term, many progressive voters are hesitant to vote for Biden. He has failed to get behind progressive issues that are in the forefront of the political conversation today. The main one being defunding the police- redirecting funds from the police to other services- which the majority of Americans support.

But this week Biden aligned his policy initiatives with progressive ideals by unveiling his plans for dealing with climate change in a live broadcasted speech. He revealed plans to increase the scale and urgency or investments in clean energy and water, while creating millions of union jobs in the process. One important pledge was to ensure that 40% of the economic benefits from his proposed clean energy initiative go toward disadvantaged communities.

Despite Biden leading the polls by wide margins, even in swing states, many voters are still concerned about the surprise of the last presidential election repeating itself. Election day in 2016 was a wake-up call which confirmed that polls are not always accurate.

The Democratic party has announced that the 2020 nominating Convention will be held mostly virtually starting on August 17. The event in Milwaukee has been scaled back to include only 300 people, with delegates receiving authorization to vote by email.

The Republican Convention, which is scheduled to start on August 24 in Jacksonville, Florida, is being scaled back as coronavirus cases in Florida reach new peaks.  Total attendance has been limited to 7,000 people, with 2,500 of them being delegates. It’s in sharp contrast from measures the democratic party is taking in response to the pandemic.