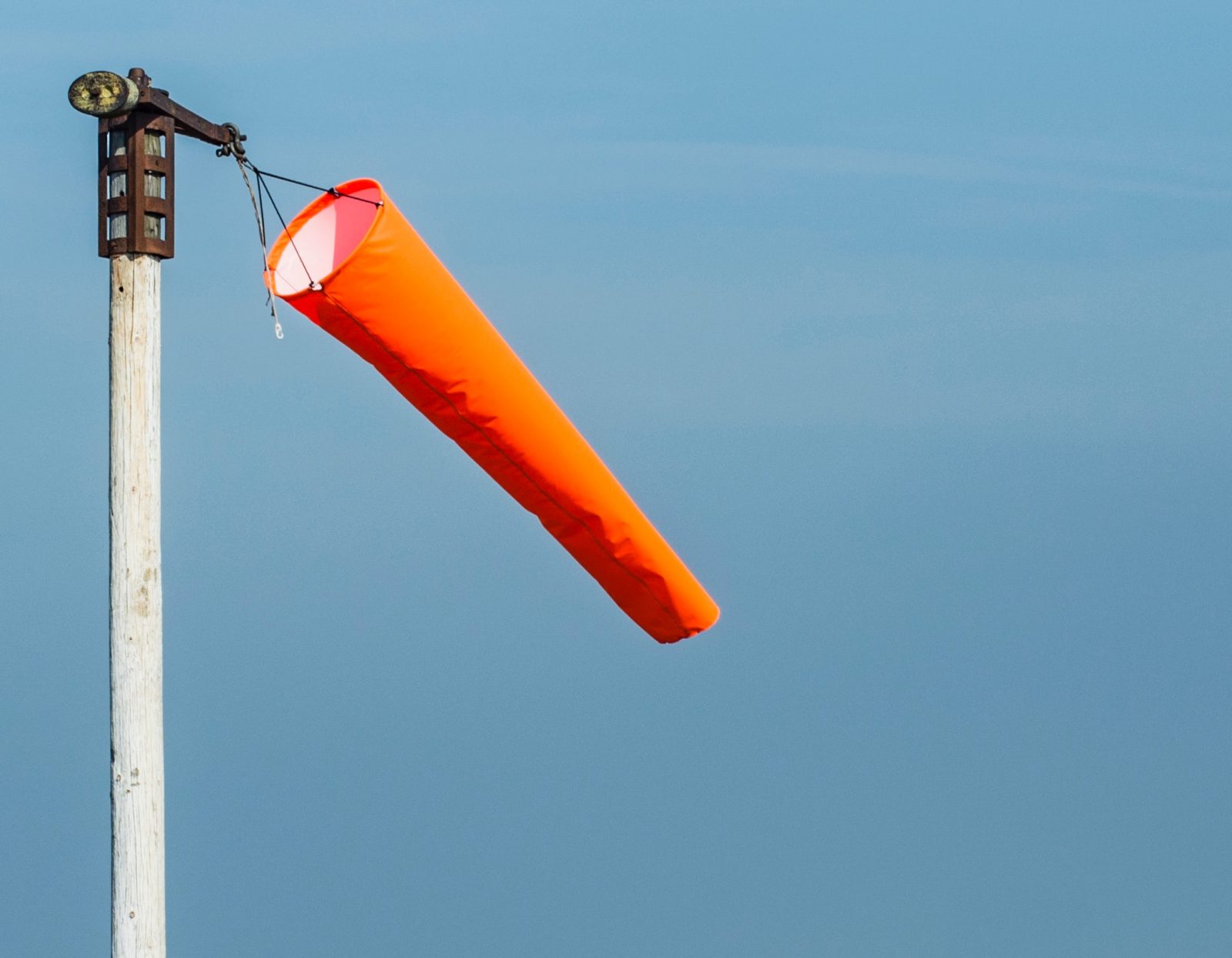 Last weekend President Trump gave a much-publicized speech to young conservatives in Florida, which included his thoughts on wind energy. In response to his remarks, I wish to target some of his talking points and illustrate how they muddy the waters of discussion around renewables. For his narrative uses a common tactic of discrediting support for environmentalism by abandoning comparison in favor of political soundbites and criticisms of the energy system.

First, Trump says that wind turbines are made mainly abroad, with the insinuation being that the U.S. is supporting foreign industry and that we should stop purchasing them. Claiming that wind turbines are mainly manufactured abroad is, at best, a gross oversimplification. Wind turbines are constructed from a litany of parts, with some being produced in the U.S. and others overseas. According to the Department of Energy’s annual Wind Technologies Market Report, as of 2017, domestic manufacturing of wind turbine components is strong on the whole. Domestic industry accounts for the creation of 70 – 90% of wind turbine towers, 50 – 70% of blades and hubs, and over 85% of nacelle assembly. Although the domestic turbine industry is reliant upon imports, this does not warrant an all-inclusive condemnation of wind turbine production.

of greenhouse gases which threatens us all as it furthers the process of global warming. Manufacturing of wind turbines  probably creates some  some greenhouse gases, but this does not mean that it should be stopped. There is also no data on the amount of greenhouse gases created by wind turbine production specifically, so Trump’s claim of a “tremendous” amount is a factually bankrupt, subjective judgement. In addition, if Trump is so concerned about emissions, why does he support expanding the fossil fuel industry and the reduction of anti-pollution protections?

Third, Trump says that homes near wind turbines are worth 50% less than comparable properties. This is a contested claim, with some studies arguing against and others for. Many studies show that homes near turbines sell for anywhere between 10 – 50% less than comparable homes, but many others declare a negligible impact, while still others show that properties around wind turbines already have low property values. Although Trump’s assertion of 50% is nothing but a political soundbite, it is possible. Yet property value is dependent upon the location of said homes, the surrounding environment, and an array of other factors.  It also should be noted that more and more wind turbines are being located on wind farms far removed from residential neighborhoods.

Fourth, Trump claims that turbines are “noisy, bird graveyards.” Addressing the claim of “noisy,” wind turbines do indeed create noise. This is unavoidable. However, General Electric reports that at 300 meters (the closest that you are allowed to build a home next to a wind turbine), they create less noise than the average air conditioner. Perhaps that is too noisy for some, but it’s a subjective judgement. Turning to “bird graveyard,” it is true that turbine blades kill birds. According to the Fish and Wildlife Service in 2013, turbines kill 679,000 birds per year at most. This means that at most, each turbine in the U.S. kills 12 birds a year. Perhaps this can be defined as a graveyard, but once again, it’s a subjective judgement. In addition, collisions with building glass kill somewhere around 500 million birds a year. If Trump is really so concerned about bird graveyards, perhaps he should consider how his support of offshore drilling effects waterfowl.

Fifth, Trump argues that turbines should not be constructed in “beautiful fields.” Once again, Trump is making a subjective argument. Turbines are constructed in areas where there is regularly enough wind to generate energy. The wind does not conform itself to the built human environment. Also, according to the Department of Energy in 2017, 91% of new wind installations are owned by private entities. Private ownership is to be respected under our system of law, so if a property owner chooses to build a turbine on their property, so be it. Perhaps Trump is suggesting a form of authoritarianism? Unlikely, but his desire to preserve supposedly virgin landscapes from the aesthetic stain of wind turbines comes with economic, moral, legal, and environmental impacts.

Sixth, Trump claims that after 10 years, turbines face serious repairs, with the implication being that they are unfeasible in the long-term and unprofitable. Perhaps he’s referring to how every 8 – 10 years a turbine’s gearbox typically needs to be rebuilt. However, this does not mean that the turbine is finished. The design life of a modern, industrial turbine is usually projected as being 20 – 30 years, with this being negatively or positively affected by a multitude of factors such as the turbulence of the site. Maintenance price will obviously rise as the turbine gets older, but this is no different from any other machine and does not render turbines economically unviable. If the turbine was placed somewhere that does not have enough regular wind or the owner cannot front repair costs a turbine can be a profit failure, but this is utterly dependent upon context. Trump is assuming far too many variables for this claim to be correct.

Finally, Trump implies that wind energy only remains financially viable because of government subsidies. The industry does receive $176 billion in government subsidies. In addition, U.S. wind energy faces the struggle of balancing significant demand and growth with robust competitive pressures from foreign firms and the anticipation of reduced domestic demand due to the decreasing of Production Tax Credits (PTC). The argument for or against government subsidies, no matter the industry, hinges upon whether the tax dollars spent in the short-term to support positive growth leads to a clear public good and economic profit in the long-term. I believe that this is the crux of Trump’s argument, and when examined, displays his inherent bias against renewables and the influence of the fossil fuel lobby upon his campaign.

Trump’s most coherent and factually correct arguments (namely bird deaths, noise, government subsidization, and the manufacturing of turbines creating emissions) rely upon his opinion. It is his opinion that bird deaths by turbines are unacceptable, that manufacturing turbines generates far too much greenhouse gases, that turbines make too much noise, and that the government is giving the wind energy industry too much money. These are all very real and factually correct effects of producing, installing, and running wind turbines. However, when we speak about combating climate change, we must utilize a comparative lens. Whether we are speaking about paper straws, LED bulbs, or the institution of a carbon tax, we must measure the status quo against the alternative. For example, according to the National Renewable Energy Laboratory, wind energy creates 11 grams of carbon dioxide per kilowatt-hour (CO2/kWh) of energy generation. Coal produces 980 grams CO2/kWh, and natural gas produces 465 grams CO2/kWh. In this example, if we are concerned about greenhouse gas emissions, wind energy far and away defeats fossil fuels. Opponents may point to the necessity of having fossil fuel backups for wind power and that turbines need to be driven to sites with fossil fuel-powered trucks. This is all true, but it does not mean that wind energy and renewable energy on the whole should be demonized or abandoned. It simply points to the need to continue developing and improving green energy along with improving transportation modes and systems, manufacturing, and further the growth of green energy networks. Compared to fossil fuels, renewables cannot be said to be worse for the environment, and they generate economic growth in their own right. Global Share Statistics reports that the wind industry will be valued at $160 billion in 2024 fueled by a growth rate of 12%.

Does Trump say that wind energy should be abandoned? No, but he certainly implies that it should be publicly defunded, limited in growth, and that people should not invest in it. He claims that he wants “the cleanest water and air in the world” for the U.S., and yet his rhetoric and the implications of his speech point to something altogether different.